A Glimpse at Who We Really Are 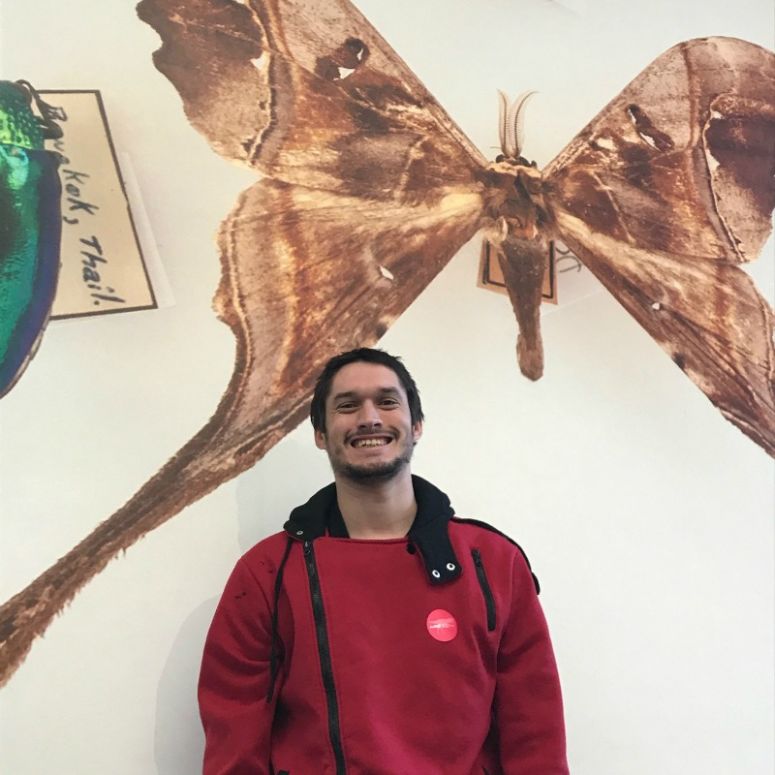 One Young Adult’s Reflection of the Social Stories Project

I always feel like understanding someone's perspective is one of the most valuable things a person with autism can achieve. It creates trust. It allows for sympathy. It maintains a fondness for that person, or could simply remove the fondness entirely. Regardless, understanding what people experience is a very powerful social tool. In most cases, it even gives us the opportunity to make proper and well thought out decisions.

Why does this matter? Well, let me explain. Allow me to give you a peek at my personal experiences and perspective about my journey through working on creating the social stories with the San Diego Natural History Museum and various other museums around Balboa Park.

My life has been pretty relaxing this past year. When I first heard about this program, I had already had a tremendous amount of experience dealing with people on the spectrum. Yet there was so much I did not know. My mom mentioned this program to me one day, and to be perfectly honest, I had no idea what I was getting into. I didn't know what to expect. It felt like I was being auditioned for a part in a movie.

And in a way...I was kind of right. When I agreed to be a part of the program, a couple weeks later I got a phone call from the staff I would be working with, and...it was like being in a job interview. We talked for a couple minutes, got to know each other a little; basically, just giving them an idea of who I was. It was really exciting. They accepted me into the program. And I was really happy.

That was really just a scratch on the surface of what was to begin though. The first day was what an introduction to a program like this should be. We all went around and said our names, we talked about ourselves; just getting to understand who everyone was. We did several activities to understand who we were, what our interests are, and fun stuff really. But there is one thing that was always on my mind that usually happens when something new is happening: I was nervous. Yes, I was excited. But I can never erase the side of me that would feel like something wasn't exactly right about being in the program. To be honest, it was all new to me. I didn’t know what to do or expect of myself or everyone around me. And I am sure everyone else might have been thinking the same thing.

As the sessions kept coming around each month, it was easier and easier to understand why we were chosen to take part in this project. As a matter of a fact, I figured it out very quickly. We were here for one reason and one reason only: to help everyone understand each other's perspective.

Now, when I say everyone, I don't just mean people on the spectrum, I mean everyone on earth. Why not, the entire universe. Sure, we were assigned to this project to create instructional guides for visiting museums, but, I saw it as an instructional guide to understanding how everyone thinks.

Our team was comprised of many different levels of people on the Spectrum. To respect people's privacy, I am not going to be mentioning names; but some of us were very high functioning, and others not. But what is most important to appreciate here is that we all were able to contribute equally regardless. I will quote one of the friends I made during this program, because I feel like what they said was very true: “If you have met a person with autism, you have met ONE person with autism.”

We are all different, and yet we are all alike. We are only human. It doesn’t matter your race, height, gender, sexual preference, or opinions. We are all human. And that is something that brings us together.

Now, when I first joined the program, I wasn’t sure what to think. I was really shocked by how many people that were like me were in one room with me. And as the year has come to an end, I have gone from having a very minimal understanding of my peers to fully appreciating who they are. I have also learned many things about people on the spectrum that I was never aware that we even were capable of.

For example, I never knew about sensory issues with people with autism. Apparently in certain individuals on the spectrum, really loud noises and crowded spaces make it really hard to function. Now, I am a person on the spectrum who has never experienced this issue. So I didn’t even realize this was a problem for people like me. In fact, I love loud noises, I love playing loud music and having a good time. I have no problems being in crowds. The more the better I say. But for some people like me, they just want to be alone and have peace and quiet. Which is not a bad thing, it’s just what they are used to and prefer.

Still on the topic of sensory issues, I learned something new about myself while in this program. A couple years back, I had an incident at a summer camp I was on the staff for. I was just about to do something one of my co-workers asked me to do, when suddenly, my brain basically slowed down to a halt. My thought processing was very smallish, my speech became robotic and mechanical; I was essentially not Austin John Jones for the next six hours. My mother had to pick me up, rush me to the emergency room, we never got in to find out what was wrong, but eventually, by the sixth hour, the spell wore off. And I was me again. It was a really scary experience. I thought I was dying.

During the summer, I went on a retreat program in Seattle where I met other people on the spectrum, and I actually learned what these episodes were called: Functional Freezes.  Basically, it’s a natural response your body reacts to that is triggered by trauma in your life. When I say trauma, that can be anywhere from being in a car crash, to staring at something not even remotely threatening like bread. The point is, trauma is stored in your body, and these "Functional Freezes" are your body’s way of telling you: You need to stop, take a break for a while.

How do I deal with this though? My body demanding some time off because it can't handle maintaining information at times? It’s like my brain is an empty glass, and there is a pitcher pouring water into it until it overflows, water spilling everywhere because the glass is not big enough. It’s irritating. How do I make the glass bigger? I can't open my brain and inject it with a growing potion.

Well, what I figured out on this retreat, is that the answer is releasing the trauma from your body. Because, trauma is stored in your body. All it wants is to come out. Because it’s like pain, nobody wants to be in pain, so you need to let it out.

Now, you may be asking "Austin, why the hell are you telling us all this stuff about you? How does this help?" But that is the exactly the point of this essay: Understanding someone's perspective. I am telling you, the reader, about my experiences to enhance and guide your experiences.

Because guess what? After that incident at the card shop that night, I was actually smack dab in the middle of helping out with this program I am discussing with you, and you guessed it: I had another episode. Now, the staff members didn’t know what to do. But that’s where something really important that I learned while in this program comes into play: ADVOCATING FOR YOURSELF. If the people that don't know how to help you don't know what to do, YOU SHOULD KNOW WHAT TO DO! And in this case, from what I learned from my experience at the camp, I was able to solve my own problem and told the staff of the program how I could help myself with their assistance.

Getting back to helping out with the social stories themselves, there were many times I witnessed other fellow peers in this program struggling with advocating for themselves. Did you know that for some people on the spectrum, having physical pressure applied to their bodies ACTUALLY helps them cope with stress?! I didn't know that when I came into the program! But I learned it pretty quickly.

We had a peer who would literally ask for tight hugs just to deal with stress. Hugs have healing properties. It’s pretty cool. We also have a peer who has a service dog who has been trained that if the person needs it, can lay on top of the person while lying on their back to apply stress releasing pressure so that they feel better. These are all ways of releasing trauma.

People don't realize it often, but people on the spectrum have different ways of processing information. This is another point about understanding our perspectives. I might hear a sentence and be totally offended by it, and you could have someone else hear it and not even care. But here is the thing to realize, whether you care about what is said or not, that is going to affect you and the decisions you make. Some people on the spectrum could take something that is carelessly said so personally they may even have suicidal thoughts towards it. That is very extreme but it is true! You need to be very careful with what you say to people on the spectrum. You don't know how they think, you don't know what they have been through. Remember this program was all about understanding people's perspective.

We made these social stories to make the life of what may be a very pressured and insecure individual or many individuals easier to cope with.

So, I am going to leave you, my dear readers, with this.

If you meet a person with autism:

Care about what they say.

Understand what they say.

And appreciate what they say.

Because you will only be meeting, THAT PERSON with autism. And the next time you meet ANOTHER PERSON with autism, whatever had been said the last time you had met a person with autism, will most likely be different. Learn to understand and respect everyone you meet. Appreciate that they have lived a very different life than you have, and care must be taken so that they can hopefully continue to live life the way they want too.