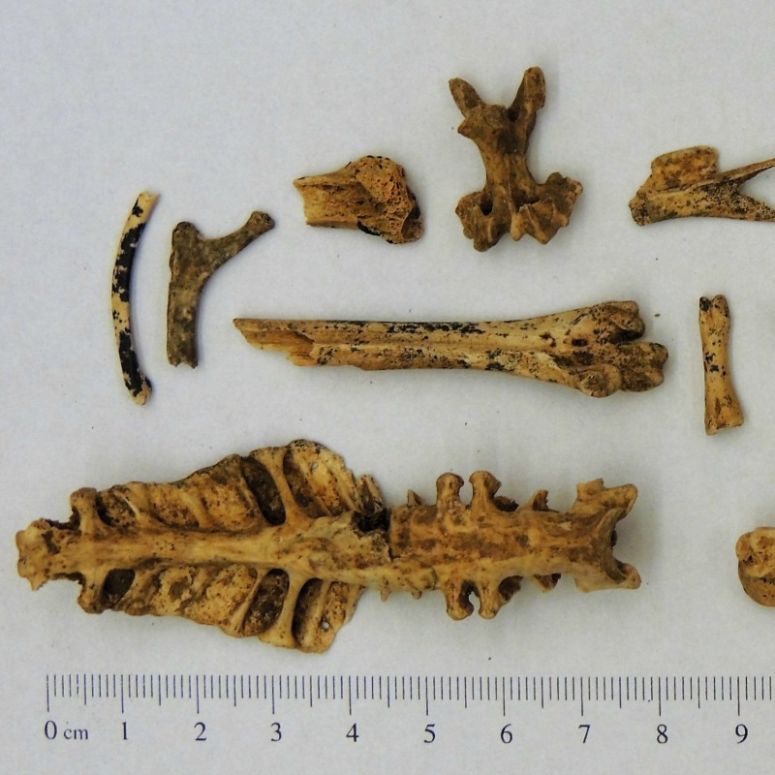 The Bones Tell the Tale

Feeling cooped up lately? Many of us are. Speaking of coops, many people don’t know that our Birds and Mammals collection includes bones from common domestic animals—such as the barnyard chicken—in addition to more than 2,500 wild bird species.

Why is something as ordinary as a chicken bone part of this world-class collection, which also includes extinct birds such as the Carolina Parakeet or the Passenger Pigeon? A recent scientific publication from the Zooarchaeology lab within the Birds and Mammals Department can help answer that question.

As zooarchaeologists, Aharon Sasson and Susan Arter specialize in analyzing the skeletal remains of animals found at archaeological sites in order to glean information about the culture of historic populations.

Their recent paper, published in the prestigious journal American Antiquity, presents data about the first use of chickens for food in the state of California during the 1700s, at the San Diego Presidio. The Presidio was established in 1769 as the first permanent European settlement on the west coast of what is now the United States.

The authors were able to borrow archaeological samples, now owned by the City of San Diego, from the Presidio. They brought the samples to the Museum for analysis, and ended up examining 790 bones.

After comparing the Presidio site bones with those of wild avian species and domestic poultry in our own collection, they found that over half of the avian bones were from chickens, while other bird bones proved to be from eight species of wild waterfowl. It seems clear that the domestic chicken was providing an important source of protein to the inhabitants at the Presidio between the 1769-1835 timeframe. The authors hypothesize that women at the Presidio may have been involved in small-scale husbandry of chickens to benefit their subsistence diet, as well as a possible source for barter or income.

In an interesting footnote to this study, many Americans in the recent months of the COVID-19 pandemic have become involved in raising backyard chickens for egg production. Indeed, the authors make the comment that poultry husbandry is important in impoverished countries and allows for “a quick return after environmental disasters, wars, or recently, pandemics.”

In histories of early San Diego, we read of memorable events like the establishment of the mission, uprisings of the Kumeyaay, the first inhabitants of this region, and the struggle for control of the trade in sea otter pelts. But it is only through archaeology that we learn about the daily lives of ordinary people, in this case the families of the soldiers sent to guard a remote outpost of the Spanish empire.

The authors’ examination of samples and subsequent analysis would not have been possible without the comparison of The Nat’s own research collection. This publication shows, yet again, another significant use of the priceless and irreplaceable collections housed within our research departments. There is no way to predict at present just how valuable our 8 million specimens, gathered over the last 146 years, may prove to be in the future. 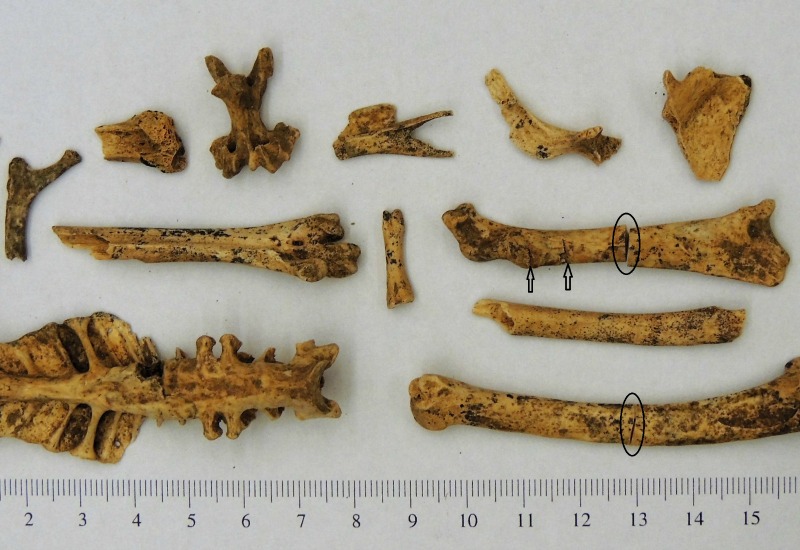 Chicken bones from the North Wing of the San Diego Presidio. 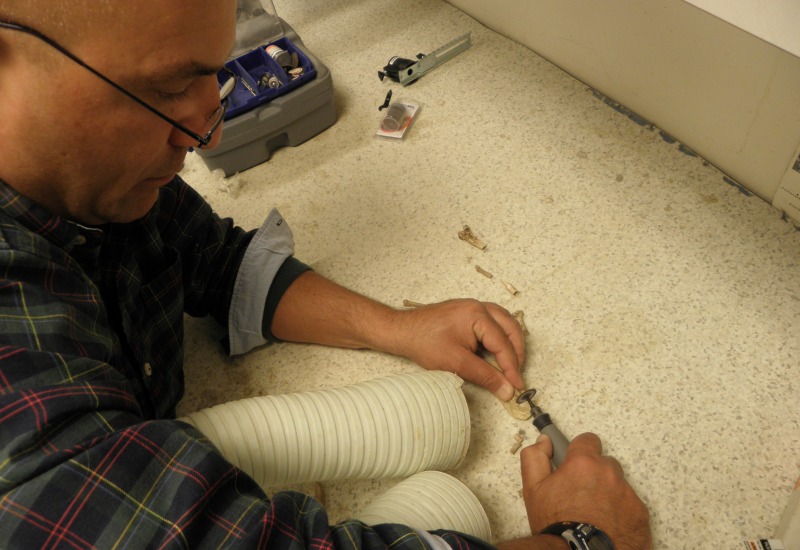 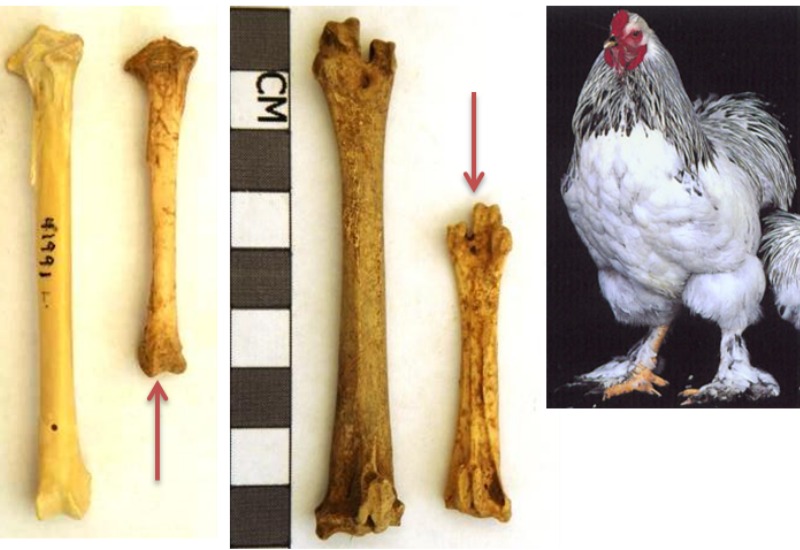 Modern chicken specimens from the museum's collection and bones of Bantam chicken (marked with arrows), a smaller breed of chicken zooarchaeologists identified at the San Diego Presidio through statistical analysis.