Frog Calls: What Are They Really Saying? 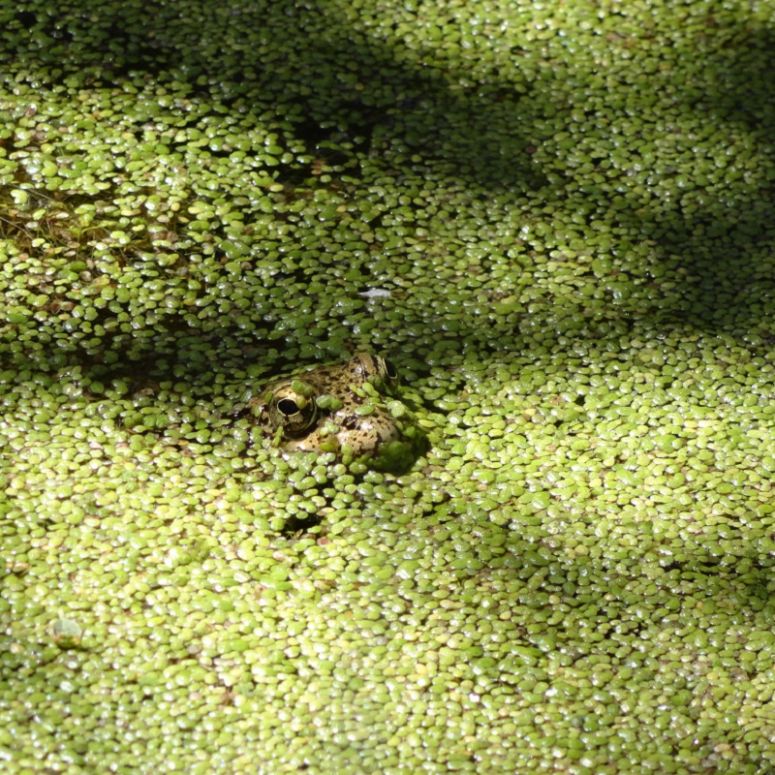 One of the coolest things about studying frogs is that if you search for them in the right environmental conditions, you can start tracking them from hundreds of feet away. That’s because male frogs pulsate with excitement as they emit calls that advertise their suitability as fathers in the hopes of attracting females.

While humans are not the intended audience for these advertisement calls, we can eavesdrop in order to gain a better understanding of them. That is exactly what our team of scientists has done in order to learn more about threatened California Red-legged Frogs.

Let’s start with some background on frog natural history. Frogs emerged along the pathway of evolution about 200 million years ago and have existed on Earth ever since. Since their arrival, populations of frogs have been evolving under the pressures of natural selection, and the resulting adaptations allow them to thrive in whatever environment they live in.

One of the most common adaptations found across most species of frogs is the ability to create acoustic signals (calling) in order to communicate with potential mates during breeding season. The acoustic signals produced by frogs serve multiple purposes. For example, in a crowded pond there are often multiple species of frogs, all calling simultaneously. Through evolution, each species produced a unique call that allows them to recognize which frogs in the pond are from their same species. Once a group from the same species find each other, the females analyze the quality of the male’s signal in order to choose which potential suitor is worthy of her eggs. At close range, the male’s call is really being scrutinized by the female, and the call now relays a message with detailed information such as the size and hormone levels of the male calling.

Our collaborative team of scientists is utilizing the calls of California Red-Legged Frogs in Baja California, Mexico, to monitor the peaks of reproductive activity in this threatened species.

During last year’s breeding season our team conducted an extensive egg mass survey and found more than 20 egg masses in one stream and pond system. This year we will continue our egg surveys in tandem with an acoustic monitoring program set up to determine if there is a correlation between when eggs are detected and when calling activity peaks.

This past December we installed remote sensors programmed to automatically record the chorus of frog calls every night this winter. Scientists can’t be in all places at all times, so these acoustic monitors are hard at work when we can’t be. The recorders can capture audio both above and under water, which is helpful for recording the relatively quiet call of California Red Legged Frog. Males call with their head above water and their body submerged, they amplify the sound of their call using dual (yes two!) vocal sacs. This results in about five or six quickly repeated grunts, sometimes finished off with a longer belch-like note (check out this video to see and hear this in action). The sound travels in both the water and the air, and we are hoping to capture their calls in both mediums.

Programmed to record at regular intervals for short periods of time, the acoustic recorders are obtaining a snapshot of the calling frogs. The night the recorders were turned on, the pond was silent, and no frogs of any species were calling. A silent night like that was not out of the ordinary for early December; like most frog species, California Red-Legged Frogs are seasonal, preferring to breed in the winter and spring of each year when rains are prevalent. We hope the newly installed remote sensors will shed light on the reproductive behavior and reproductive health of this threatened frog. I am excited to learn what secrets the frogs have to share with us through their beautiful chorus of calls 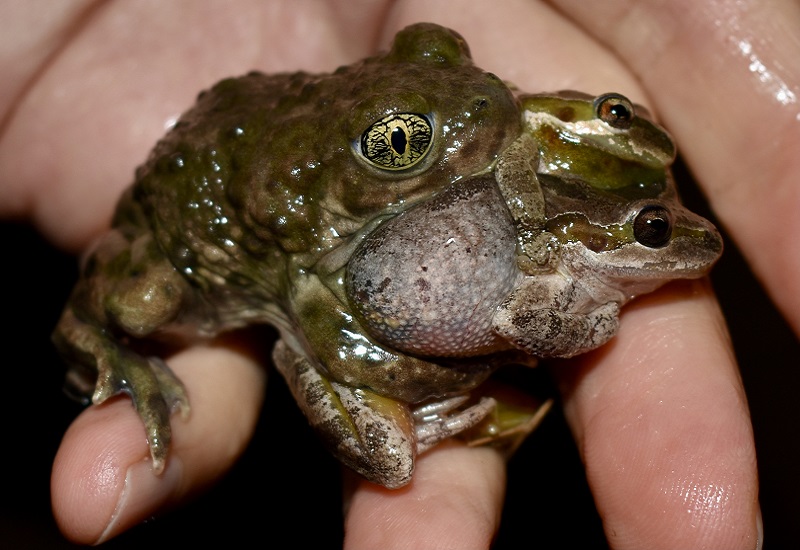 In a case of mistaken identity, this spadefoot frog is trying to breed with a pair of Pacific Treefrogs. Sorry—wrong species, buddy, don’t waste your time 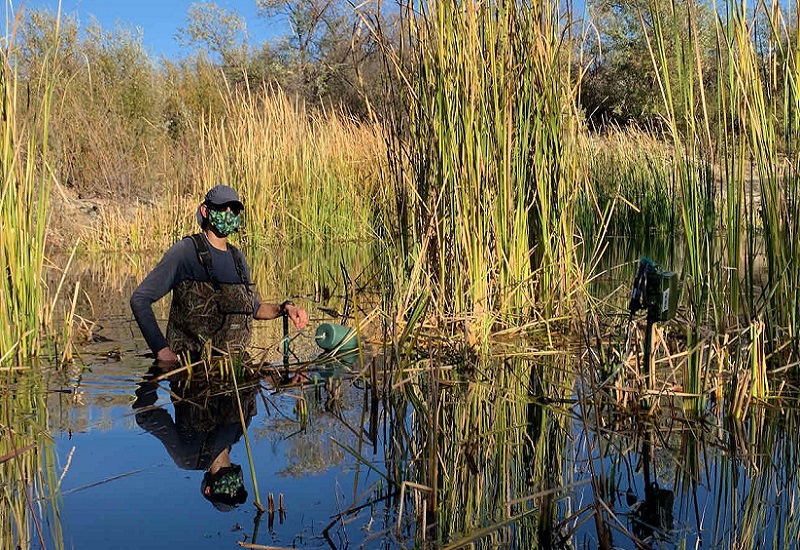 The automated recorder was placed in the middle of the pond and can capture audio both above and below water.