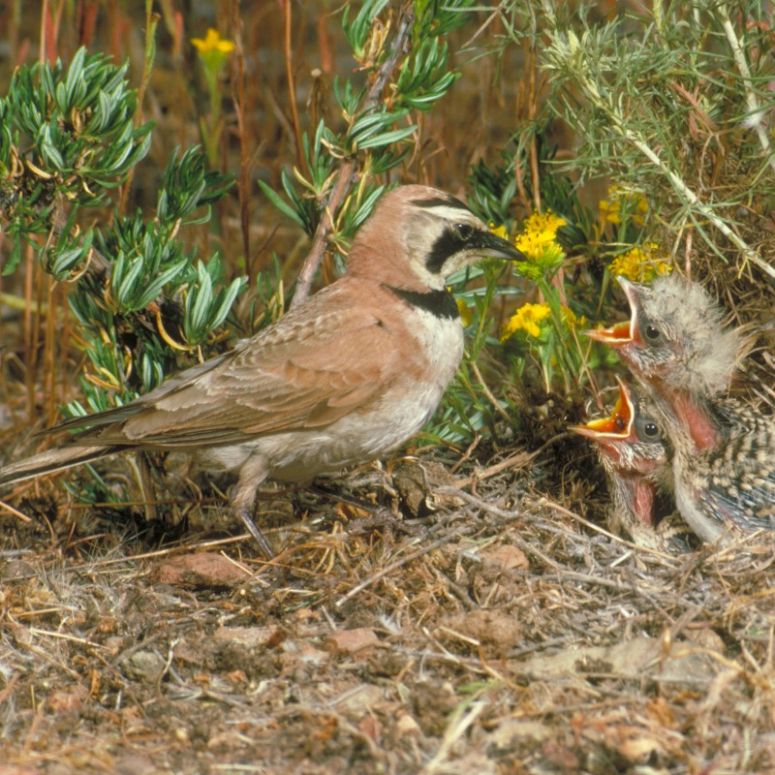 In the past 80 years, the plumage of the Horned Lark has undergone a relatively rapid color change, which scientists believe is due to human-caused changes in the bird’s surroundings. This could represent the first example known among birds evolving different colors within recorded history.

The Horned Lark (Eremophila alpestris) is known for its wide variation in plumage color across North America. Various populations of this terrestrial bird of open country tend to match the color of the ground. For example, in eastern Oregon where the soil is derived from volcanic lava, Horned Larks are dark, while in the sandy Sonoran Desert they are pale. But recent specimens from the desert’s Imperial Valley—like this specimen collected on August 18, 2014—are darker than the population that lived there decades ago.

Nicholas Mason, a former biologist at Cornell University and currently post-doctoral researcher at UC Berkeley, and Phil Unitt, curator of Birds and Mammals at the San Diego Natural History Museum, set out to learn why.

Museum collections were used to analyze the feather coloration of 53 different birds from the area, which were sorted into those collected before 1940, and those collected after 1980. The team measured the pigmentation of the feathers of the birds, and on average, they found that the larks collected from the 1980s and onward were substantially darker on their primary upper surfaces than their earlier relatives.

In the study, which was published recently in the Journal of Avian Biology, Mason and Unitt proposed this shift was driven by natural selection. After the Imperial Valley was converted from desert to farmland, and irrigation and cultivation darkened the soil, dark variants were favored over the pale population that formerly prevailed.

It’s still uncertain whether the change occurred through “survival of the fittest” of the original population (darker variants among birds native to the area blending better into the surroundings and thereby avoiding predatory birds) or through a process called introgression (a darker subspecies colonizing from the west and spreading its genes into the population). The pattern of the birds’ feathers suggests the first scenario is more likely. While there is more to be learned, this study is an exciting example of natural selection in action, and also demonstrates the important role of natural history collections for understanding changes in the biodiversity. Read more about the study. 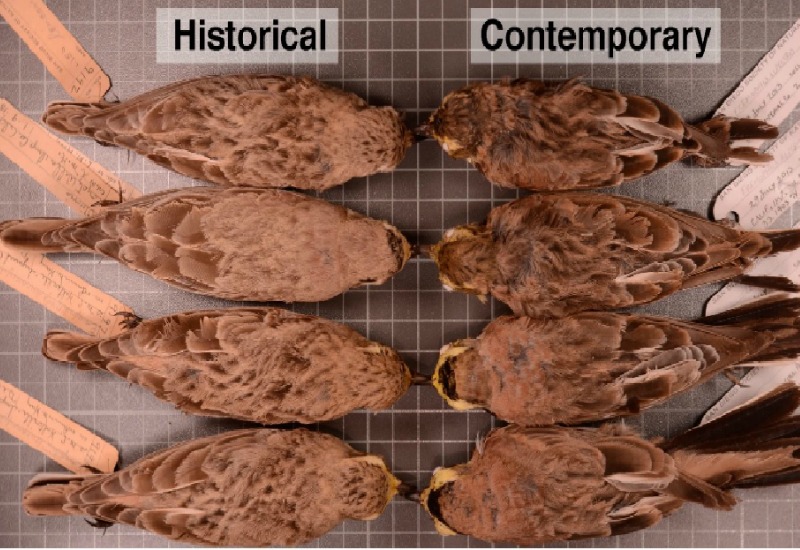