This is Fall in San Diego 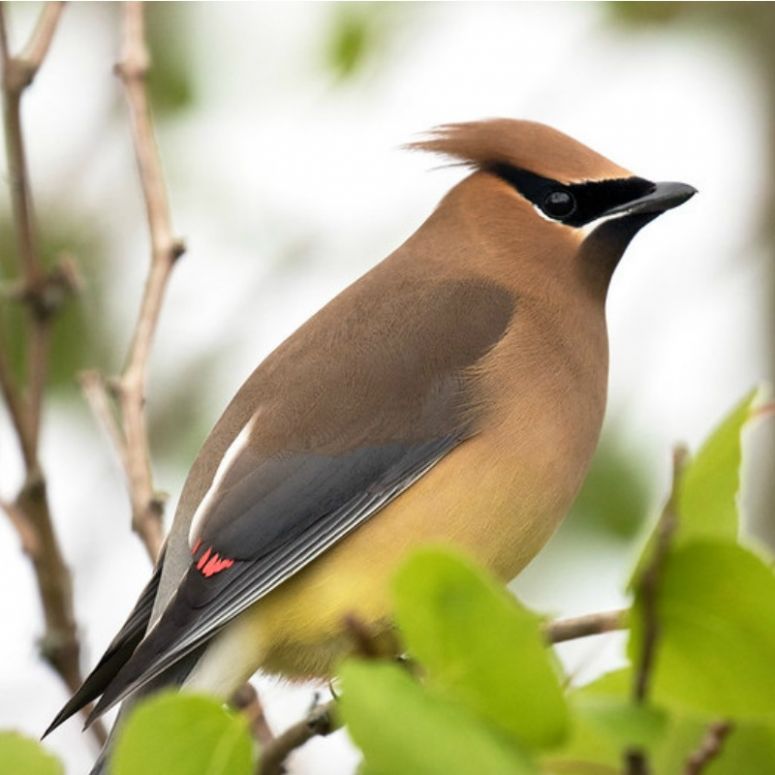 We may not have stereotypical “sweater weather” or the headline-grabbing autumnal color displays of the Midwest, but fall still brings change to San Diego. We may not notice, but plants and animals do.

Southern California is one of the most interesting places in the world ecologically. Like many other species, the local flora and fauna operate on a seasonal “clock.”

When the Santa Ana winds bring hot desert air in September and we approach our sunniest month of the year in November, look beyond your weather app to notice the natural phenomena this season has to offer.

This is fall in southern California. Watch our highlights reel or read on to learn more.

Arrival of many birds

Many birds in our area are migratory. More species come to San Diego for the winter than remain here through the summer. Some of our fall visitors include the white-crowned sparrow, cedar waxwing, and surf scoter.

Once you’ve seen the black and white striped head of the white-crowned sparrow, you won’t forget it. These sparrows flock together throughout San Diego, and their whistled songs brighten the increasingly shorter days and colder mornings.

Cedar waxwings (pictured above) almost look like they are made of porcelain, their feathers arranged so perfectly. They are unique in having waxy beads at the ends of their flight feathers, made from the wax of the small fruits they rely on. Keep an ear open for their high-pitched calls as they flock around urban and suburban areas. Balboa Park is a favorite hangout.

While they arrive in the fall, by wintertime surf scoters are more abundant on San Diego Bay than any other bird. This small sea duck looks almost comical with its bright yellow, orange, and white bill. But look fast, as it regularly dives more than 30 feet deep to feed on clams and other invertebrates on the sea floor.

Orb weavers make the best webs! These large spiders often come out at night and weave big circular webs, which can span several feet and even reach across an entire driveway.

The spiders—yellow, orange, or a variety of mottled earth tones—are around all year but too small to notice until they are fully grown in the fall. Although these spiders may look scary, they are completely harmless.

The toyon, also known as the California holly, is native to southern California. It is said that Hollywood was named after this plant because of how common it is in the area. In San Diego, it is abundant in a variety of places throughout the western part of the county.

Toyon produces bright red, but fairly toxic, fruit in the fall and winter—it’s as if it were contributing to our natural holiday decorations. Enjoy viewing the fruits during the holiday season, but don’t be surprised if a flock of cedar waxwing arrive and strip the entire shrub of color in a few minutes!

Bat call recordings appear to increase in coastal areas of San Diego County during the fall and winter. This is most likely due to the presence of migratory species in the area during this time. Not only are there bats that are migrating to and through the county coastal areas on north-south migration routes, there also appear to be local migrations where bats from inland areas move closer to the coast.

You can usually see bats in locations where open water occurs near riparian trees and especially close to exposed rocky habitat, such as Mission Trails Regional Park near the old mission dam, or Los Peñasquitos Canyon Preserve near the waterfall.

The most common bats in San Diego County include the Mexican free-tailed bat, Yuma myotis, and big brown bat. 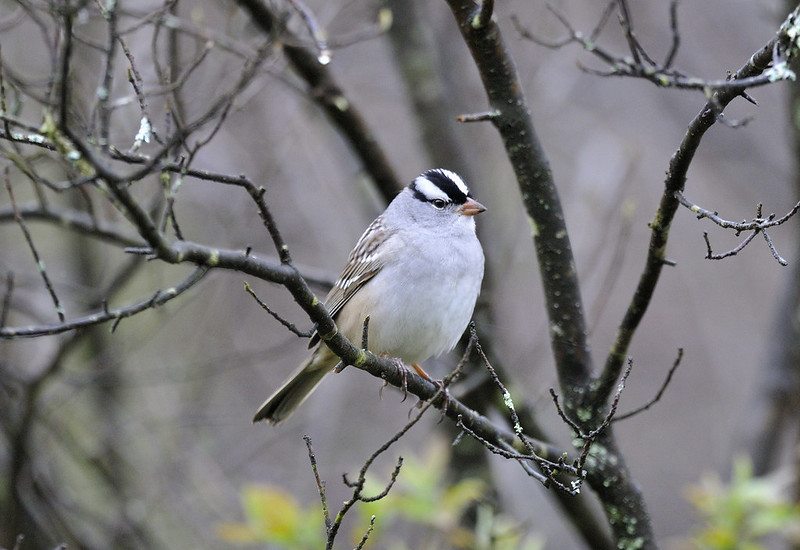 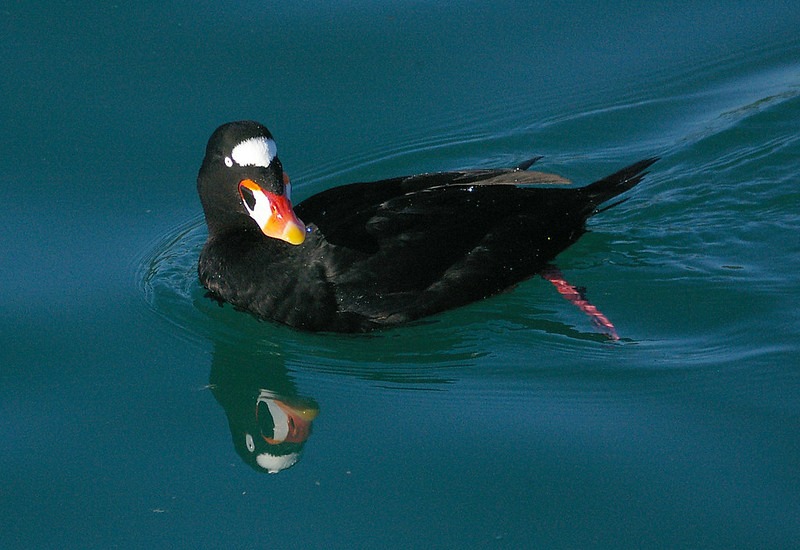 The surf scoter is a small sea duck with a bright yellow, orange, and white bill. Photo by Alan Schmierer. 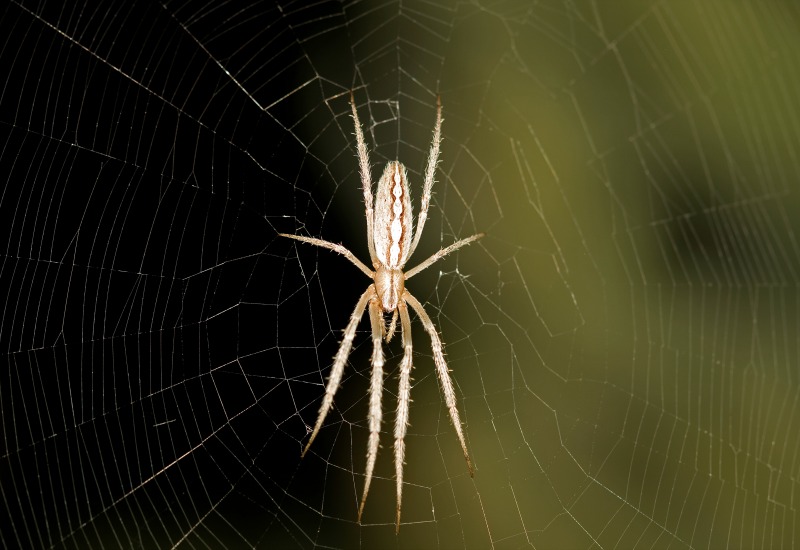 Larinia directa is a species of orb weaver. 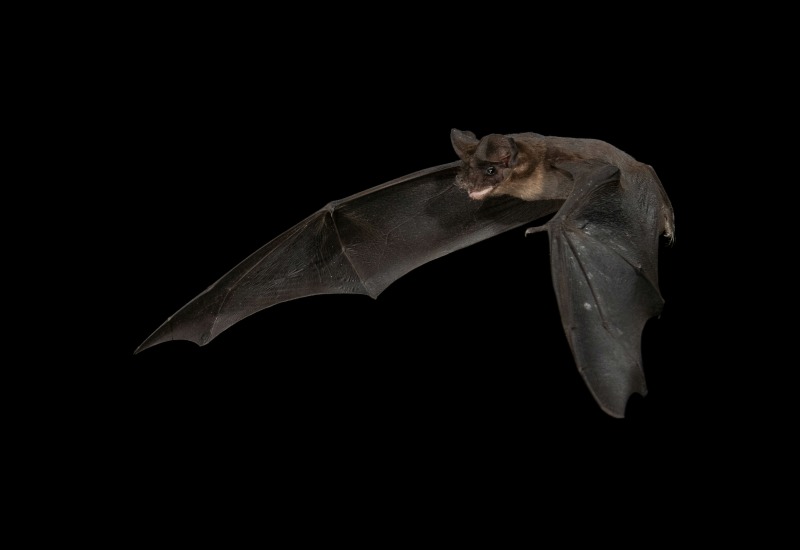 The Mexican free-tailed bat is one of the most common bats in San Diego County. Photo by Brock Fenton. 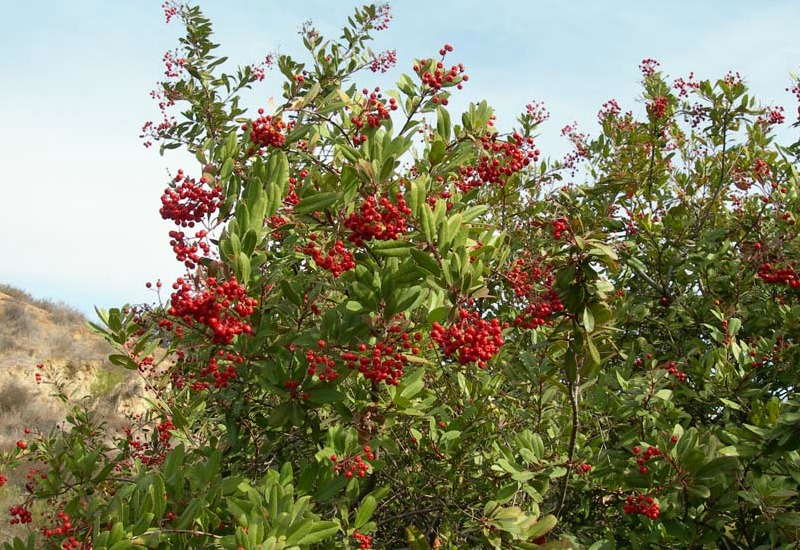