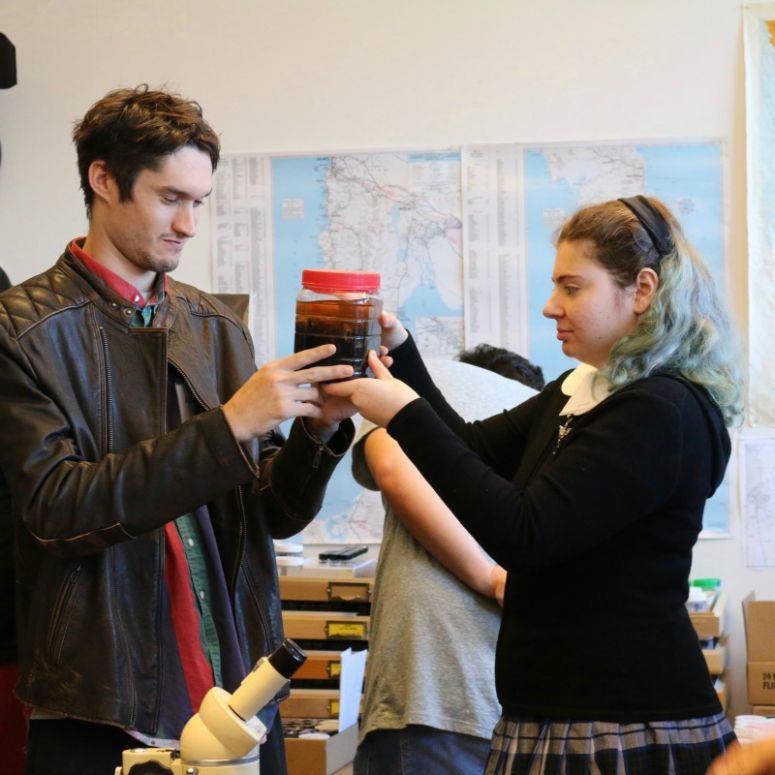 Since the December advisor meeting with our project partners, theNAT team has been hard at work trying to answer the following question: How do you structure a meetup for young adults with autism whom you have never met, who do not know each other, and who are probably as nervous as we are? Our answer: break it down to basics.

In early January, theNAT team (which includes the occupational therapist) met to discuss what should we do during the first four-hour meetup. We listed out about 10 activities, but when we assigned these activities to time slots, we realized we actually had enough activities for our first two meetups. So, after some discussion and editing, we structured this first meetup on getting to know one another.

We kicked off with introductions and an icebreaker inviting people to share what their favorite food is (this allowed for them to see commonalities as there were some enthusiastic “me too’s”). It was followed by a brief overview of the project scope as well as logistics about where we would be meeting in the Museum and the location of a quiet space in the event someone needed to take a break.

Since communication and understanding social cues can be challenging for individuals with autism, we felt it was critical to define expectations for collaborating. It was so rewarding seeing how the group began to work together to define these expectations, and then to agree upon them. At the end of the exercise, one of the Museum team members stated “these are the same expectations that we, as museum professionals, try to abide by when working with our colleagues.” It was a wonderful moment of reflection, but also realization by the young adults that the skills they were going to work on (respecting each other’s differences, everyone’s voices should be heard, be honest and polite, to name a few) were also those that neurotypical individuals also work on.

Many individuals with autism can become overwhelmed due to sensory issues and having to process information quickly. One technique the occupational therapist uses is a 5-point scale which is a tool to help individuals with ASD self-manage behavior and emotional regulation. It was a way to make abstract concepts and feelings visual, concrete, and personal. Since we have several young adults with sensory processing challenges, we felt it was critical to develop a common language and scale so we can “check in” with one another and provide support as needed.

Then we dove into the fun stuff—what we hoped would be an opportunity to share and find our common interests throughout the group. When each young adult applied to participate in the project, we asked them to tell us about their interests. So we went back to those applications and culled a list which included music, books, art, gaming, cooking, movies, taxidermy, animals, and Disney, to name a few. We posted these categories on the wall, then asked the young adults and theNAT team to write specifics about these interests and post them under the appropriate category. As we all put our individual interests on the wall, it turned into a time of collective realization and lots of chatting, agreement, and fun as there were so many things that we all had in common. I remember when one young adult shared his Bruno Mars post-it note—that raised lots of “me too’s” from other young adults, and thus the excitement and shared interests began. It was thrilling to see connections the young adults were making with each other and with the Museum team.

After a short break and some snacks, we ventured behind the scenes at theNAT. We first stopped in the Museum’s entomology lab and learned about sorting, pinning, and the diverse species that our entomology team collects. Then everyone got to visit the entomology collections room. Some took a turn cranking the handle to move the enormous compactor shelves, then all the young adults were able to see drawers of amazing specimens, including tarantula hawk wasps, colorful butterflies, and enormous moths. So many oohs and aahhs from everyone.

After wrapping up the meetup and sending the young adults on their way, theNAT team debriefed about the successes, challenges ahead, and general reflections on the day. We were all exhausted but thrilled that we are off to an exciting start. 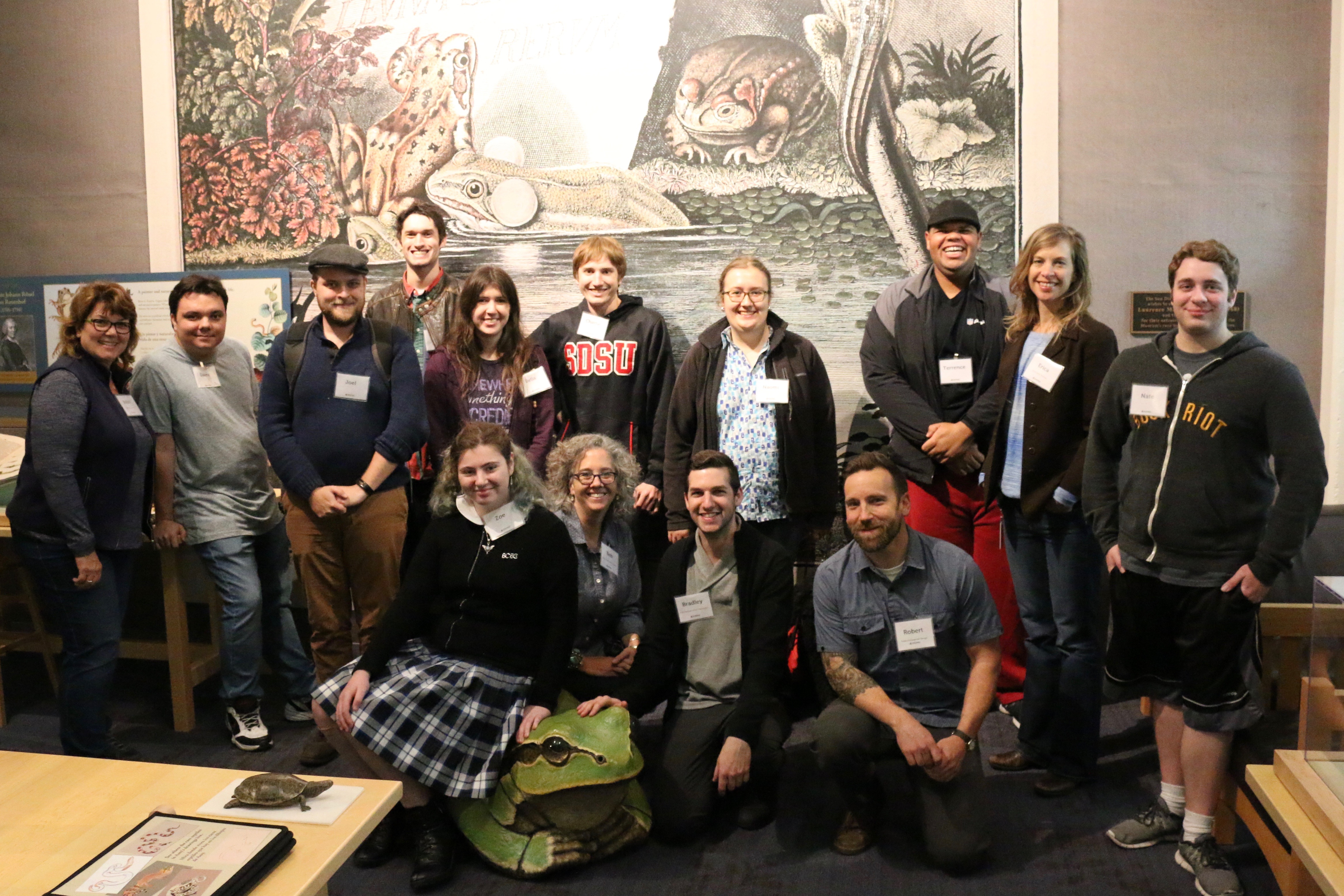 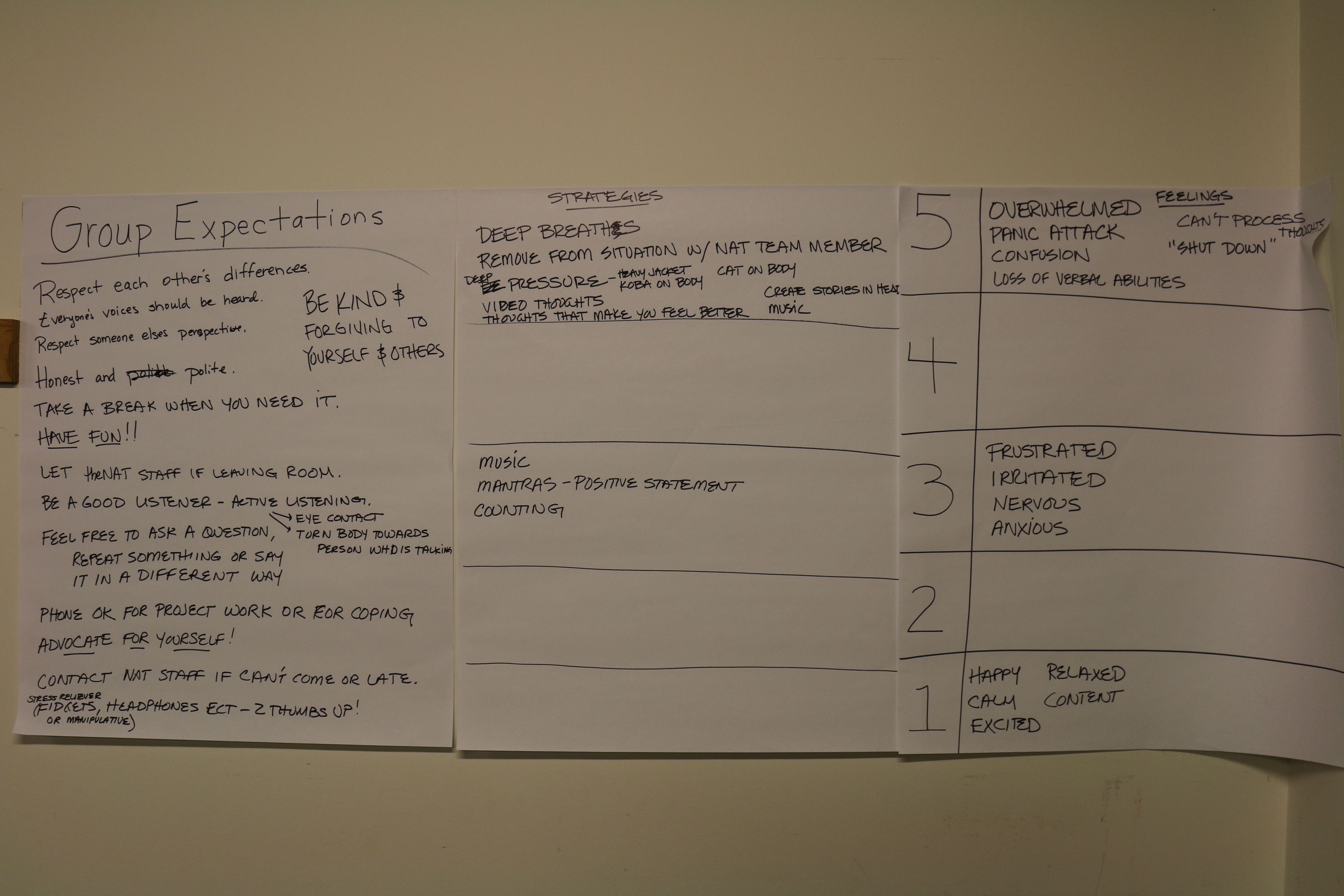 The young adults and theNAT team brainstormed and agreed upon expectations for working as a group, in addition to developing a 5 point scale to communicate feelings and avoid becoming overwhelmed. 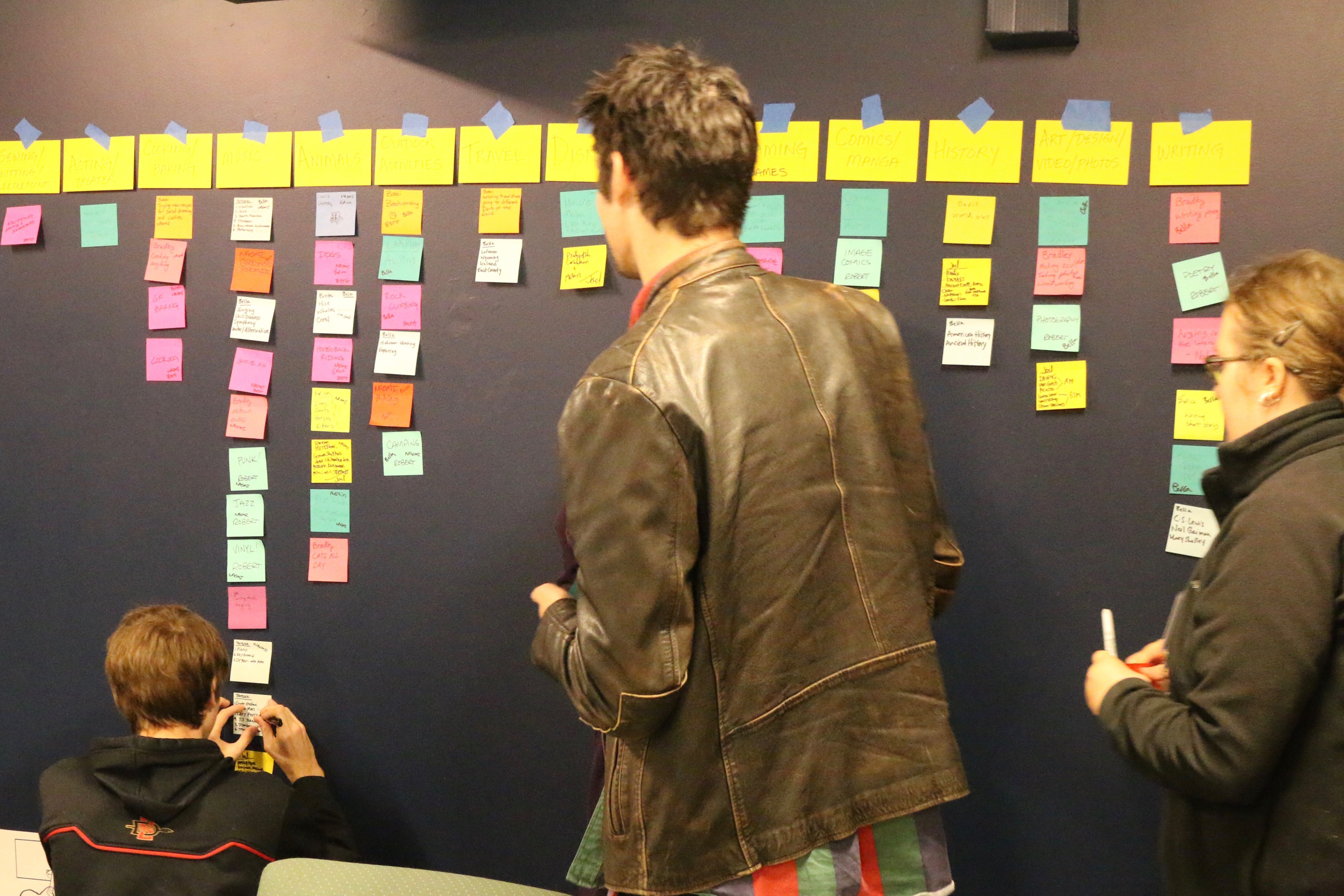 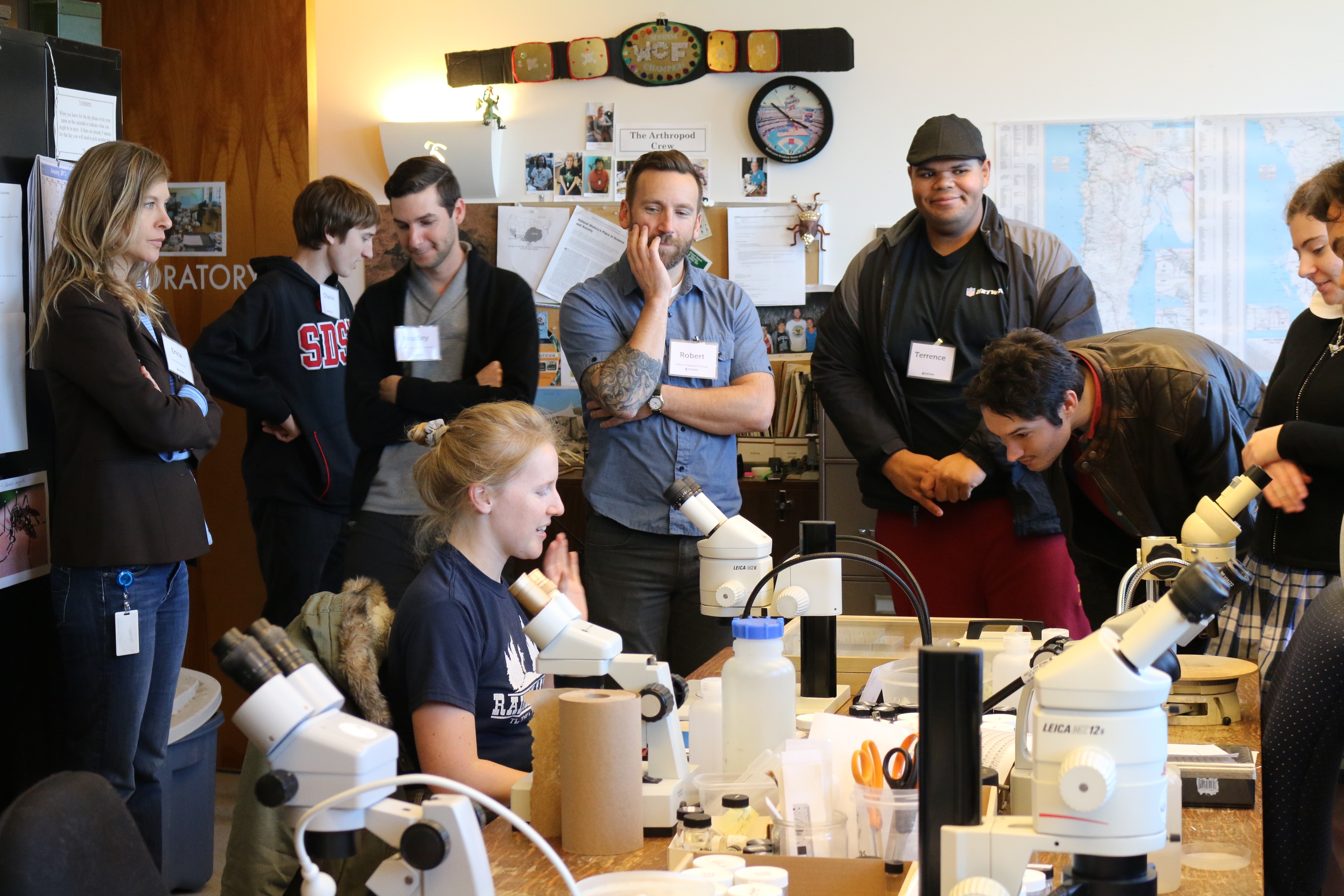 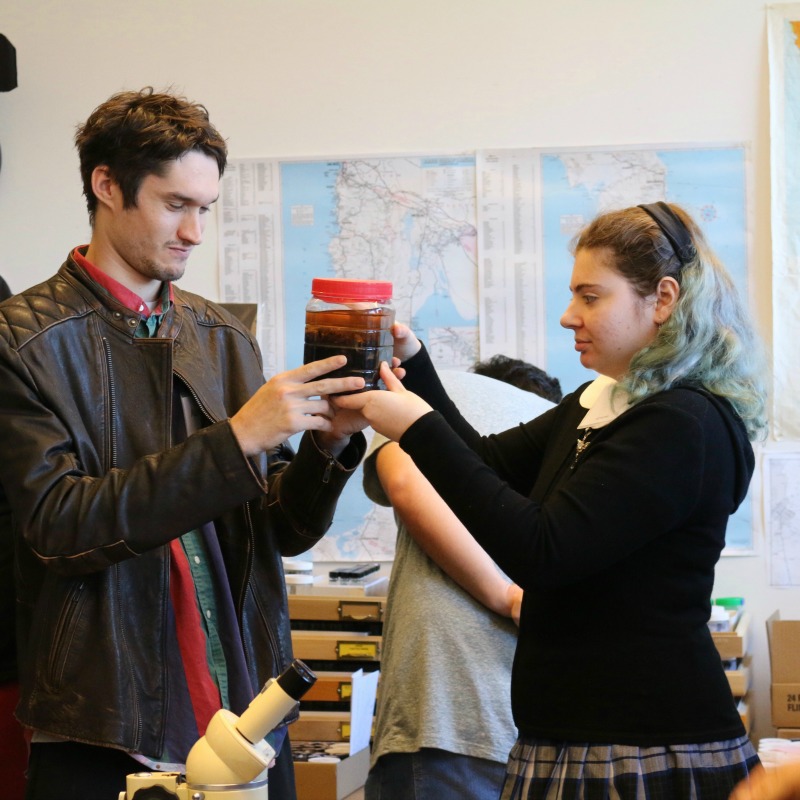 Two of the young adults carefully passing a jar of unsorted insects. 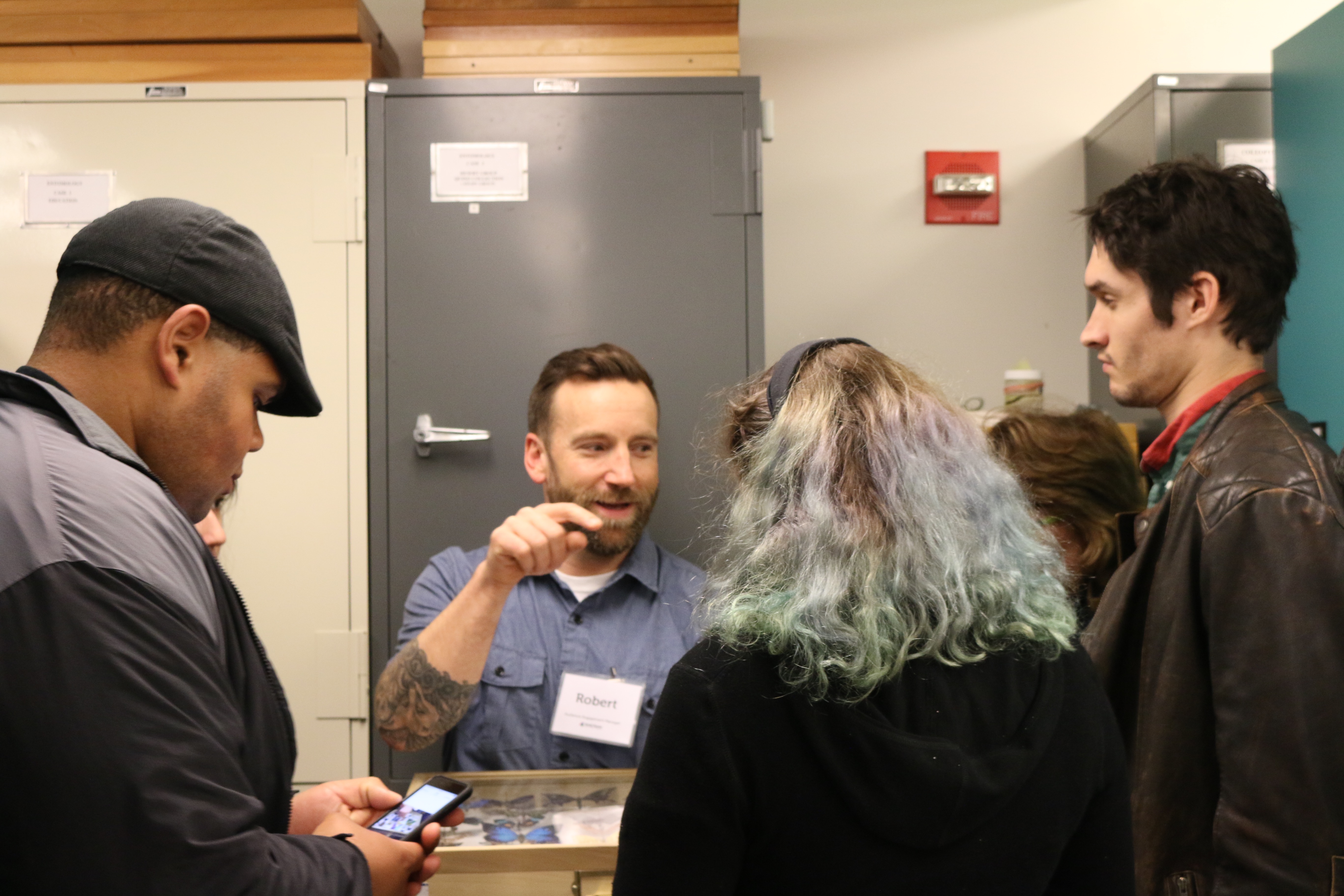 Oohing, aahhing, and photographing some of the amazing insects in the Museum’s entomology collection. 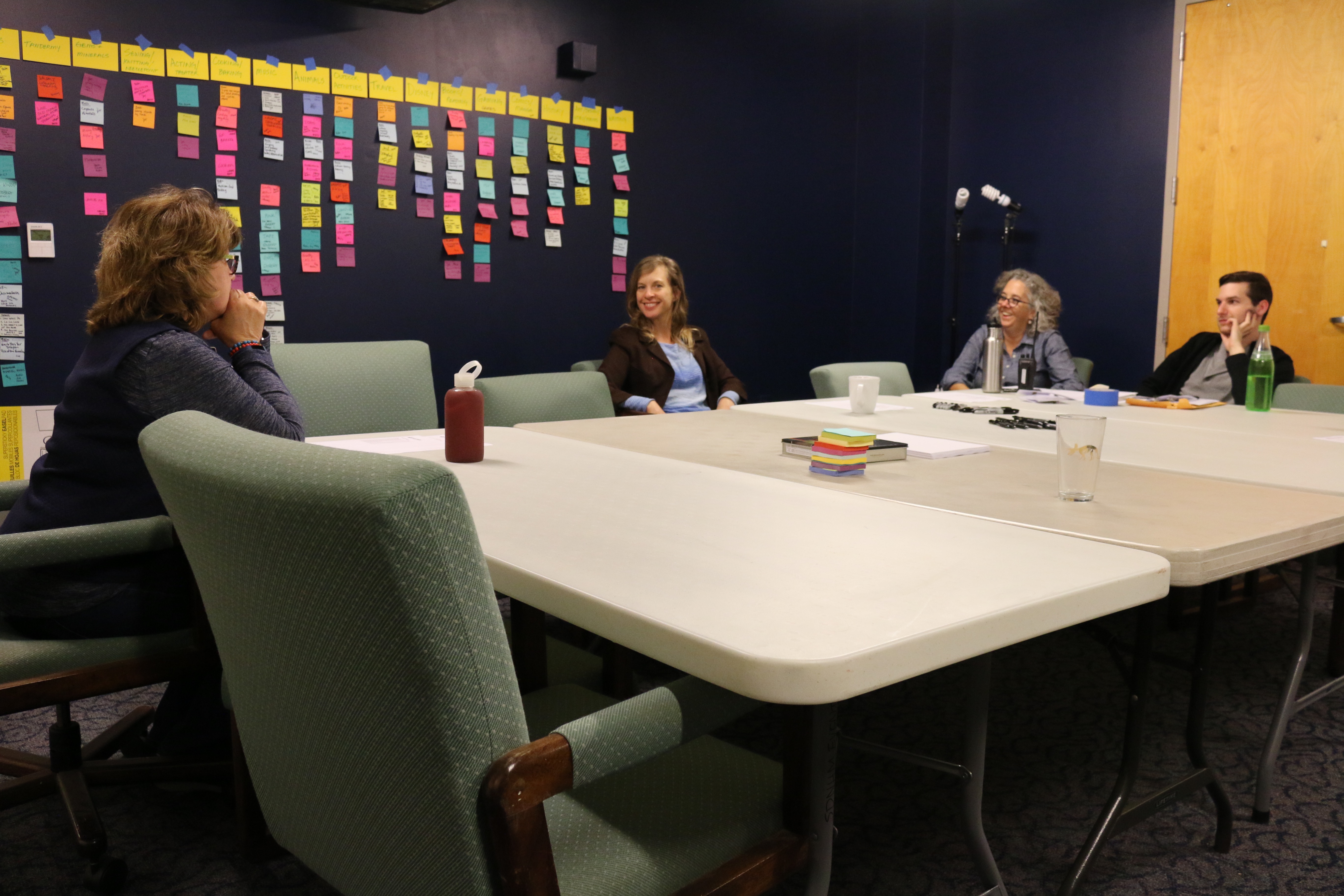 TheNAT team debriefs about the successes, challenges ahead, and general reflections on the day.