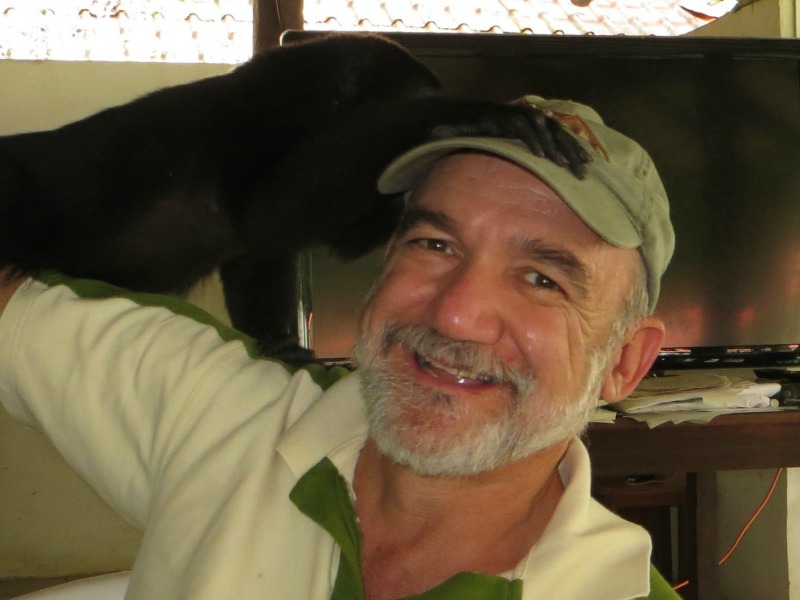 A 2015 BBC documentary, narrated by Sir David Attenborough, acclaimed Rodrigo Medellín as “The Bat Man of Mexico.” However, his lifelong research and dedication to the conservation of these poorly understood mammals has had a geographic impact far greater than his native country alone. Rodrigo is an ecologist and Senior Professor at UNAM in the Laboratorio de Ecología y Conservación de Vertebrados Terrestres and has spent over 40 years working on the conservation and ecology of bats, ocelots, jaguars, and other threatened vertebrate species in Mexico and Latin America. Among a multitude of significant positions and honors, he has served as president of the Society of Conservation Biology from 2013-2015, was awarded the Rolex Prize for Enterprise in 2008, and received the Whitley Fund for Nature Gold in 2012. He is the founding director of the Latin American Network for Bat Conservation, and holds positions with the IUCN and UN, as well as having served as vice-chair of the CITES Animals Committee. He has authored over 200 publications.

Rodrigo is well aware of the public’s generally negative view of bats, despite their critical importance to humans as insectivores and pollinators. Because of his understanding of the lesser long-nosed bat pollination of the blue agave, Rodrigo has recently created a unique alliance between ecologists and tequila producers. For many years, farmers never allowed the agaves to flower, since the plant dies after flowering, thus ending the production of tequila for that individual. However, by helping the producers understand that preserving the historic bat pollination of blue agave flowers results in the increased health and genetic diversity of their crop, he has convinced some farmers to allow a small percentage of their plants to flower. The result is that several tequila brands are now able to display a “bat-friendly” label on their bottles as part of a marketing campaign to benefit both the bats and the tequila industry. 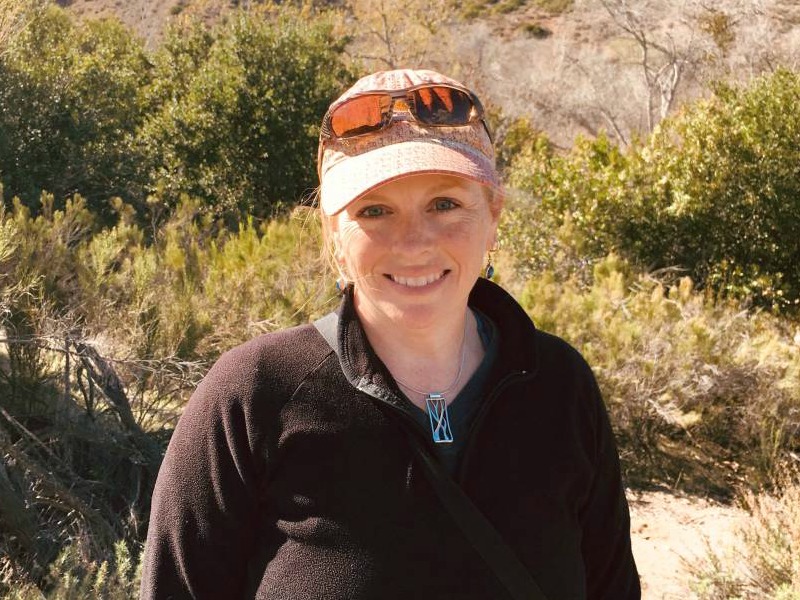 Megan Jennings is a Conservation Ecologist and Co-Director of San Diego State University's Institute for Ecological Monitoring and Management. Her research focuses on informing conservation and management planning in terrestrial systems with particular interest in incorporating landscape dynamics into connectivity planning. Dr. Jennings strives to work at the interface of science and management, developing applied research to address management and conservation issues and communicating results and recommendations to decision-makers and managers. Dr. Jennings talk in PDF format. 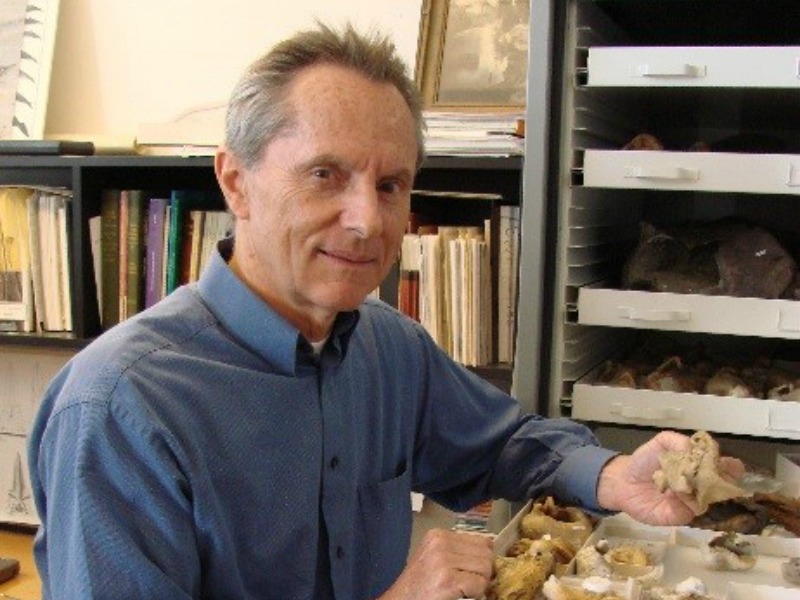 Tom Deméré has worked as a professional paleontologist since 1974. Since 1994, he has served as Curator of Paleontology and Director of PaleoServices at the Museum. Tom is the author of numerous scientific and popular articles dealing with the paleontological history of southern California and the evolutionary history of marine mammals. As director of PaleoServices, he has conducted and overseen numerous paleontological resource projects ranging from initial resource assessments, through impact evaluation, to actual impact mitigation. 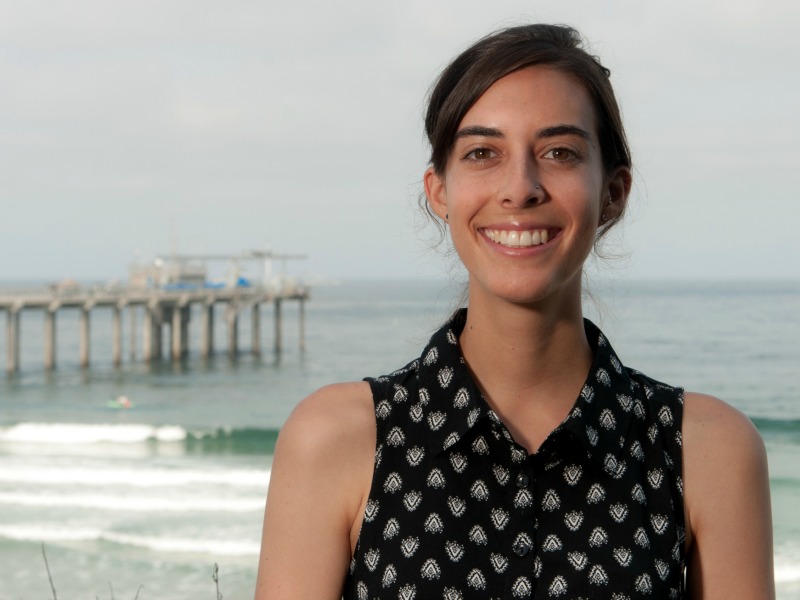 Paula Ezcurra received her B.S. in Aquatic Biology from UC Santa Barbara. While there, she began her research on the carbon sequestration potential of mangrove forests in Baja California, Mexico. She then continued her studies at Scripps Institution of Oceanography’s Climate Science and Policy Masters program where she studied the climate impacts on coastal cultural heritage. Today, Paula’s research is focused on climate change and Mexican mangrove forests. Paula's talk in PDF format. 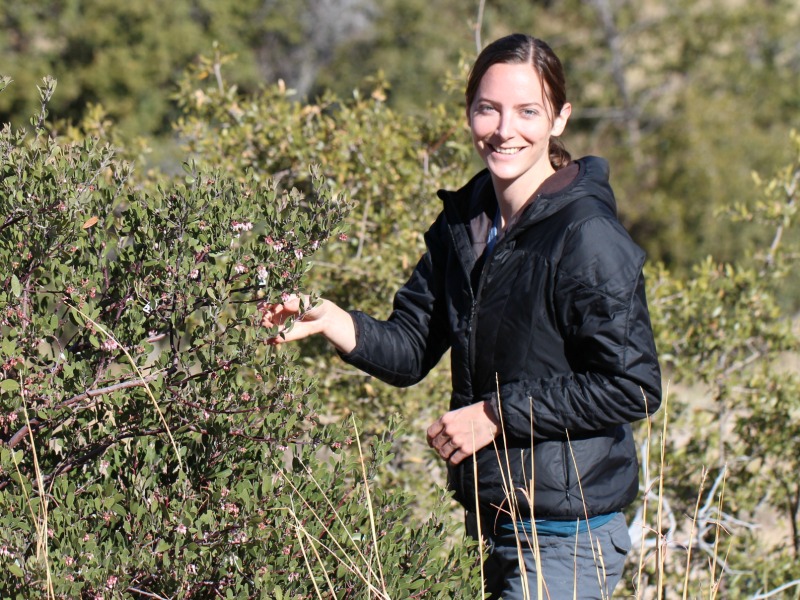 Nicole Rafferty is an Assistant Professor in the Department of Evolution, Ecology, and Organismal Biology at the University of California, Riverside. Nicole’s research focuses on the effects of climate change on interactions between flowering plants and pollinators. In particular, she uses historical data and experiments to study how climate change-driven shifts in the timing of flowering and distribution of bumble bees affect plant-pollinator interactions.

Session B: Restoration and Recovery Strategies 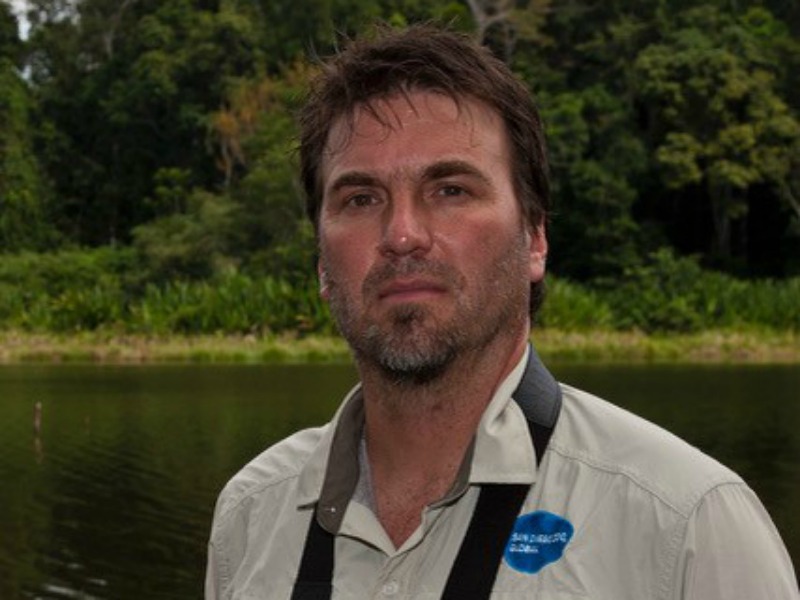 Dr. Ron Swaisgood serves San Diego Zoo Global as the Brown Endowed Director of Recovery Ecology. In this role, he oversees several species conservation programs locally in Southern California and around the globe. His interests lie primarily in the pragmatic application of ecological and behavioral knowledge to solving conservation problems. He supervises several reintroduction/translocation programs, with species such as kangaroo rats, California condors, black rhinoceros, Tasmanian devils, as well as the restoration of ground squirrels as ecosystem engineers to help recover burrowing owl populations. 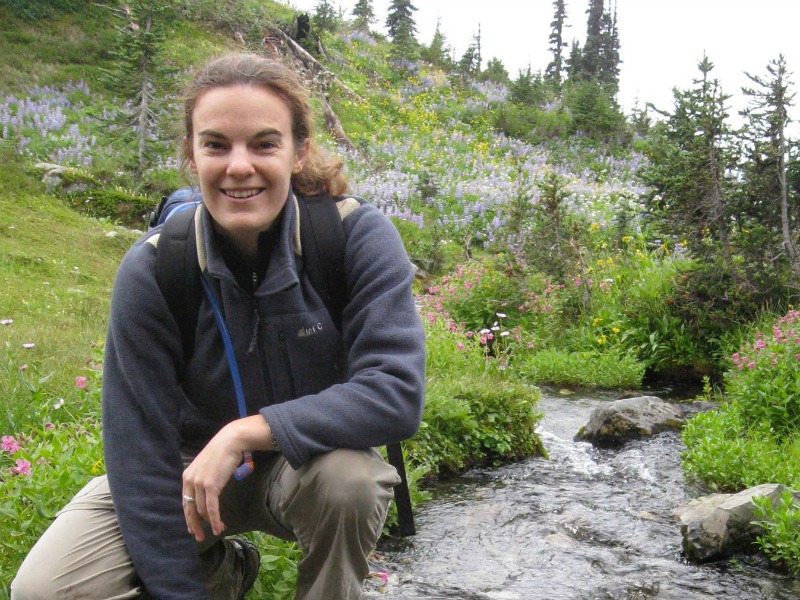 Jill Hamilton is an assistant professor in plant evolutionary and ecological genomics at North Dakota State University. Jill’s interdisciplinary research program aims to understand adaptation to current and future climates in natural plant populations for species management and conservation. She is currently studying the genetic consequences of rarity, with a particular focus on the role of genetic rescue to the maintenance of long-term evolutionary potential within the rare, iconic Torrey pine. Jill's talk in PDF format. 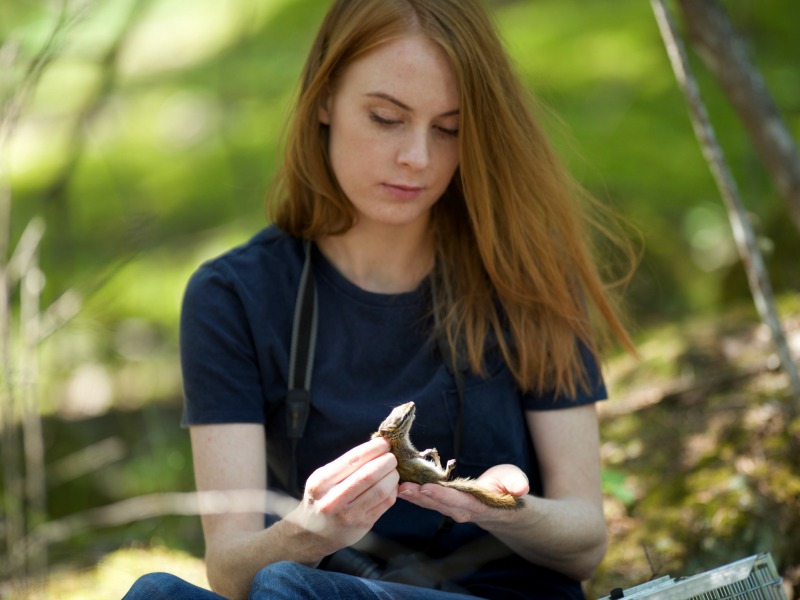 Dr. Talisin Hammond serves San Diego Zoo Global as a National Science Foundation postdoctoral fellow in Recovery Ecology. She is currently using her experience in behavioral ecology and disease ecology to better understand and counteract the problems facing reintroduction of the mountain yellow-legged frog in southern California. Tali’s research focuses on characterizing the role of the fungal pathogen Batrachochytrium dendrobatidis (Bd) in historical and current declines, and in predicting which individuals will be most successful upon reintroduction. Tali's talk in PDF format. 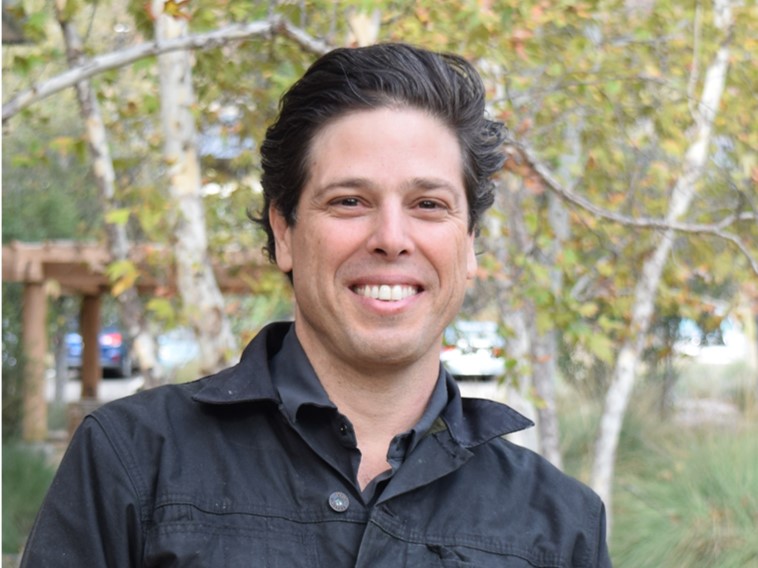 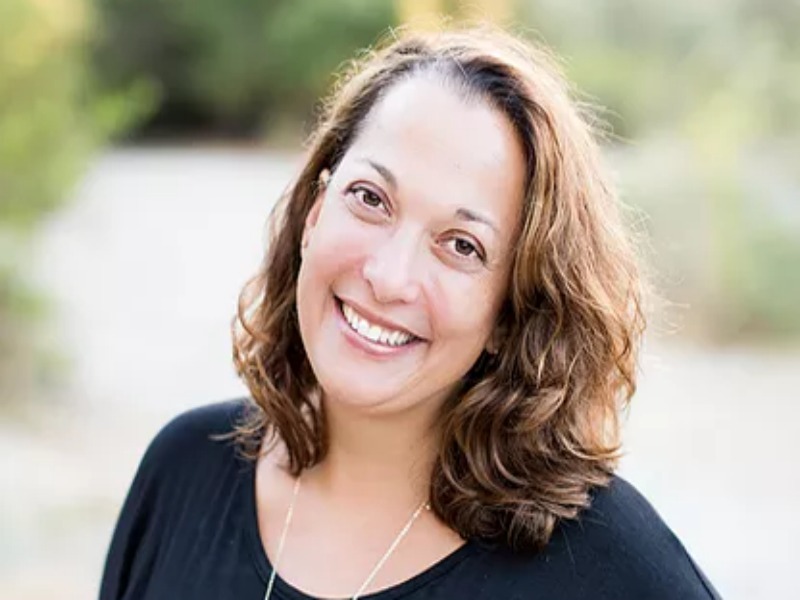 Dr. Amber Pairis is working to advance climate adaptation in our region through her work with the Center for Climate Change Impacts and Adaptation at Scripps Institution of Oceanography and Director of the Climate Science Alliance covering southern California and Baja. A scientist by training, she completed her Ph.D. in Environmental Studies at Antioch University New England. Her work focuses on building a science focused network of leaders, scientists, and managers dedicated to ecosystem-based approaches to safeguard communities and natural resources from climate change. Pairis leads several innovative community engagement initiatives on climate change, including Climate Kids and multiple projects that leverage the power of art to communicate science.All session slides as a PDF. 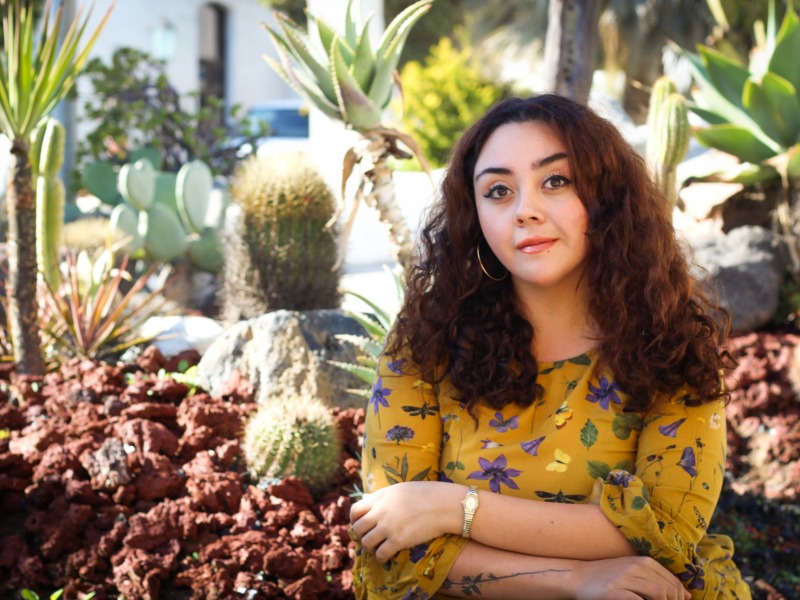 Mirna Borrego Lazalde graduated from Universidad Autónoma de Baja California (UABC) and currently serves as the Educational Services Officer at Terra Peninsular. Her work with communities, utilizes an emotional approach and interactive strategies to ignite real and lasting change in how we treat the earth. Her professional life is focused on museums and creative communication of natural heritage. Mirna feels honored to undertake the challenging task of working for the preservation and protection of natural ecosystems and wildlife in the peninsula of Baja California. All session slides as a PDF 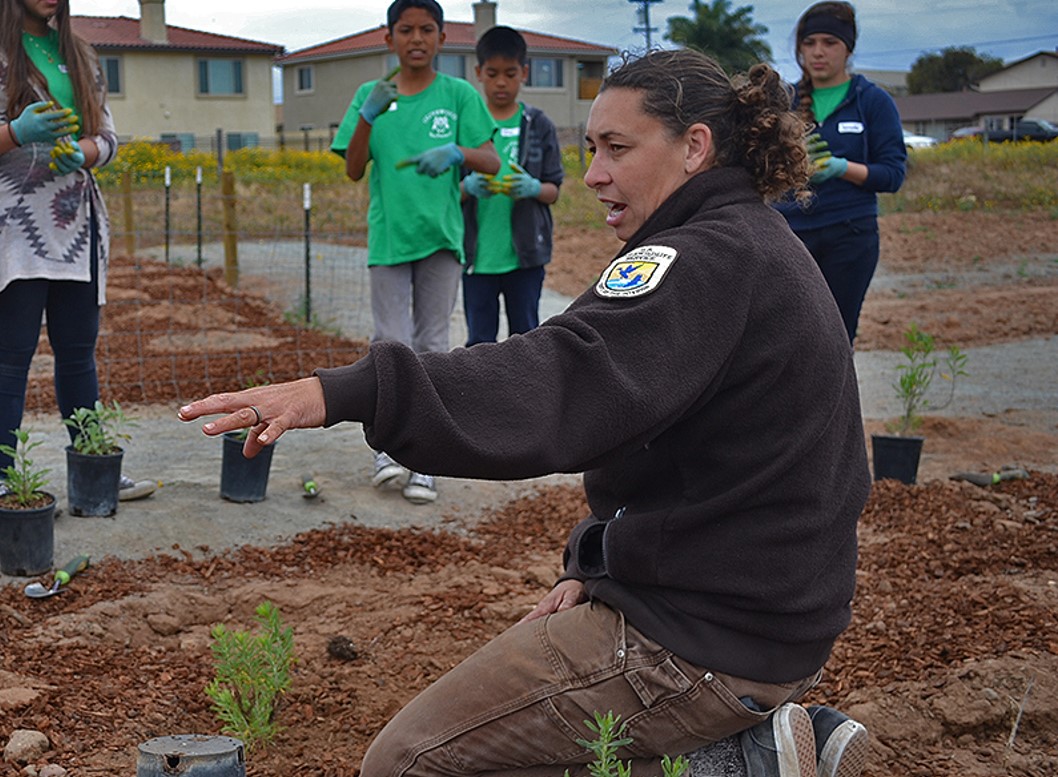 Chantel Jimenez is the Environmental Education Specialist for U.S. Fish and Wildlife Services and is currently pursuing a M.S. in Natural Resource Education and Extension from Oregon State University. She serves as the Urban Wildlife Refuge Coordinator for the San Diego National Wildlife Refuge Complex and administers the Urban Wildlife Conservation Program in San Diego, Los Angeles, and Ventura metropolitan areas, with the goal of engaging surrounding urban communities in conservation. She is a SCEP-Outdoor Recreation Planner and a recipient of the 2010 U.S. Fish and Wildlife Service Star Award for Superior Service. Her previous work experience includes a National Science Foundation Fellowship for K-12 classroom teaching in rural schools and an AmeriCorps Promise Fellowship with Corvallis Parks and Recreation. All session slides as a PDF. 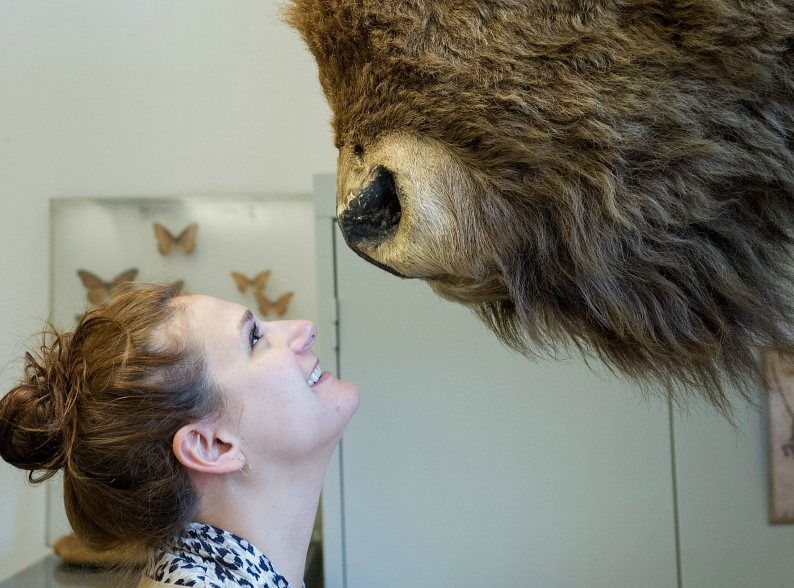 Lauren Marino Perez is the Citizen Science Manager at The Nat, where she interprets exhibitions and scientific research to educators and the public as well as partners formal scientists with citizen scientists to achieve increased understanding of Southern California's biodiversity. Her desire to expand conservation understanding within her community and fulfill her passion for promoting love and respect for the environment led her to earn her masters in zoology from Miami University’s Advanced Inquiry Program via San Diego Zoo Global. Lauren firmly believes everyone can be a scientist, and loves helping folks realize this through her work at The Nat. All session slides as a PDF. 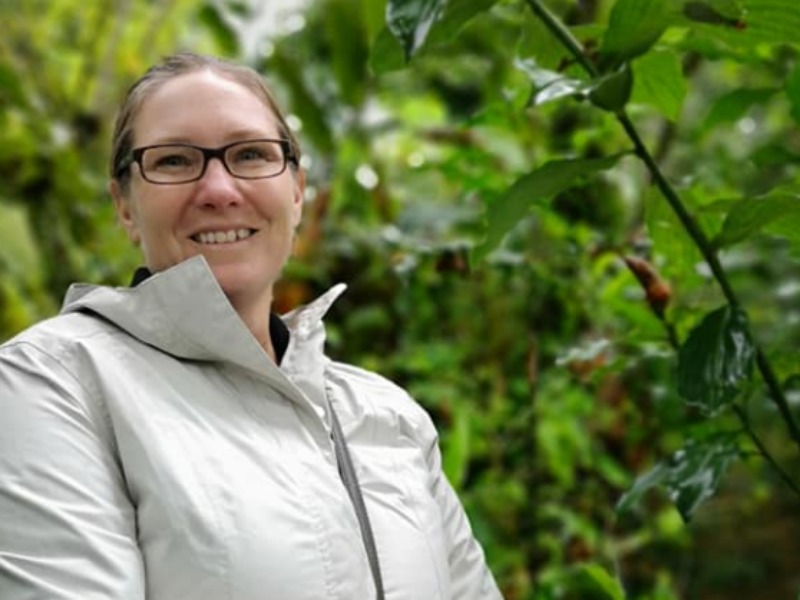 Sula Vanderplank is a research associate at The Nat and San Diego Zoo Global's Institute for Conservation Research, and serves as science advisor at Terra Peninsular AC. She is a field botanist who studies natural history, floristics, and conservation science. Her research has focused on the botany and ecology of the Mediterranean-climate region of Baja California, Mexico, one of the world's biodiversity hotspots. Sula also serves as an adjunct researcher at San Diego State University and the center for scientific research and higher education (CICESE) in Ensenada. Sula's talk as a PDF. 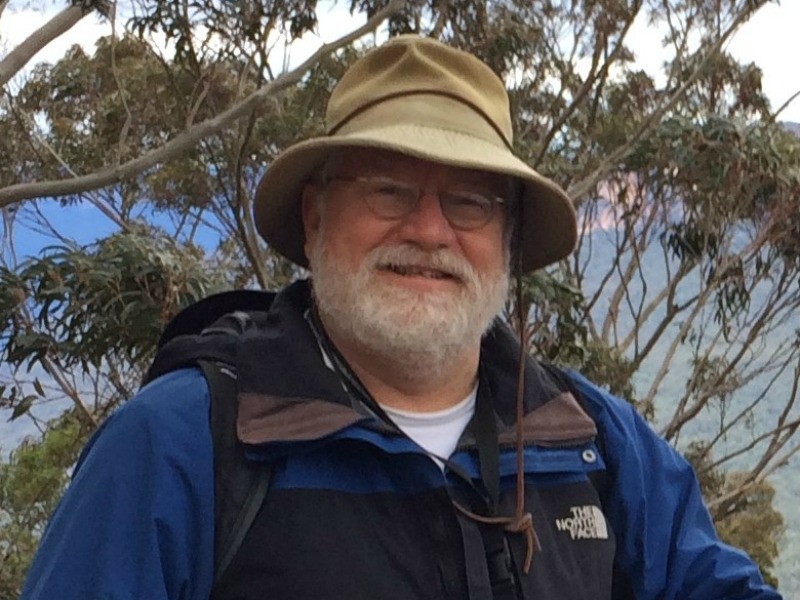 Brent Mishler is Director of the University and Jepson Herbaria at UC Berkeley, as well as a professor in the Department of Integrative Biology. His research interests are in the evolutionary biology of bryophytes, as well as the theory of phylogenetic systematics. He has lately been involved in developing new "spatial phylogenetic" tools for studying biodiversity and endemism using large-scale phylogenies and collection data in a geographic and statistical framework. Brent's talk as a PDF. 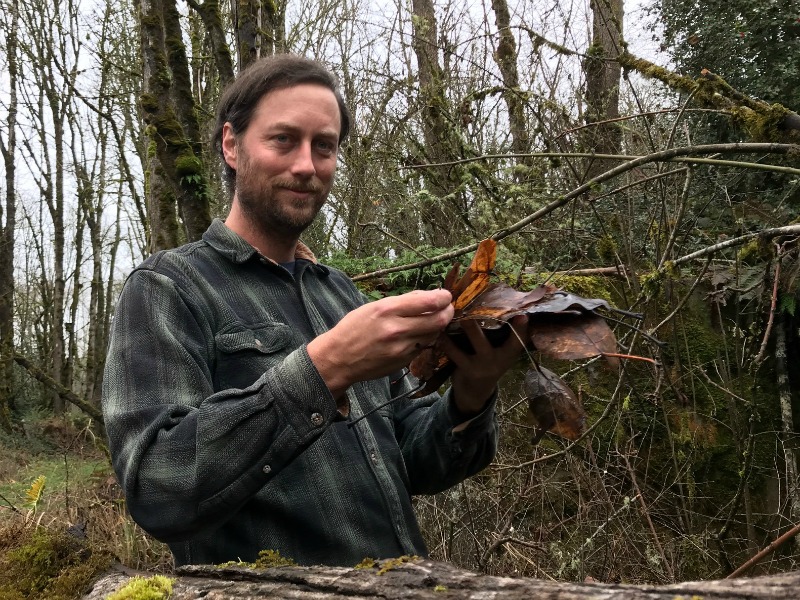 Casey Richart recently completed his doctorate at San Diego State University. His research focused on species delimitation and phylogeography of short-range endemics (SREs), highlighting fine-scale geographic inferences that can be made by studying SREs. He intends to broaden this research to combine faunal surveys of SREs with analyses of composite evolution in order to identify regions of high biodiversity and unique endemicity for conservation prioritization. Casey's talk as a PDF. 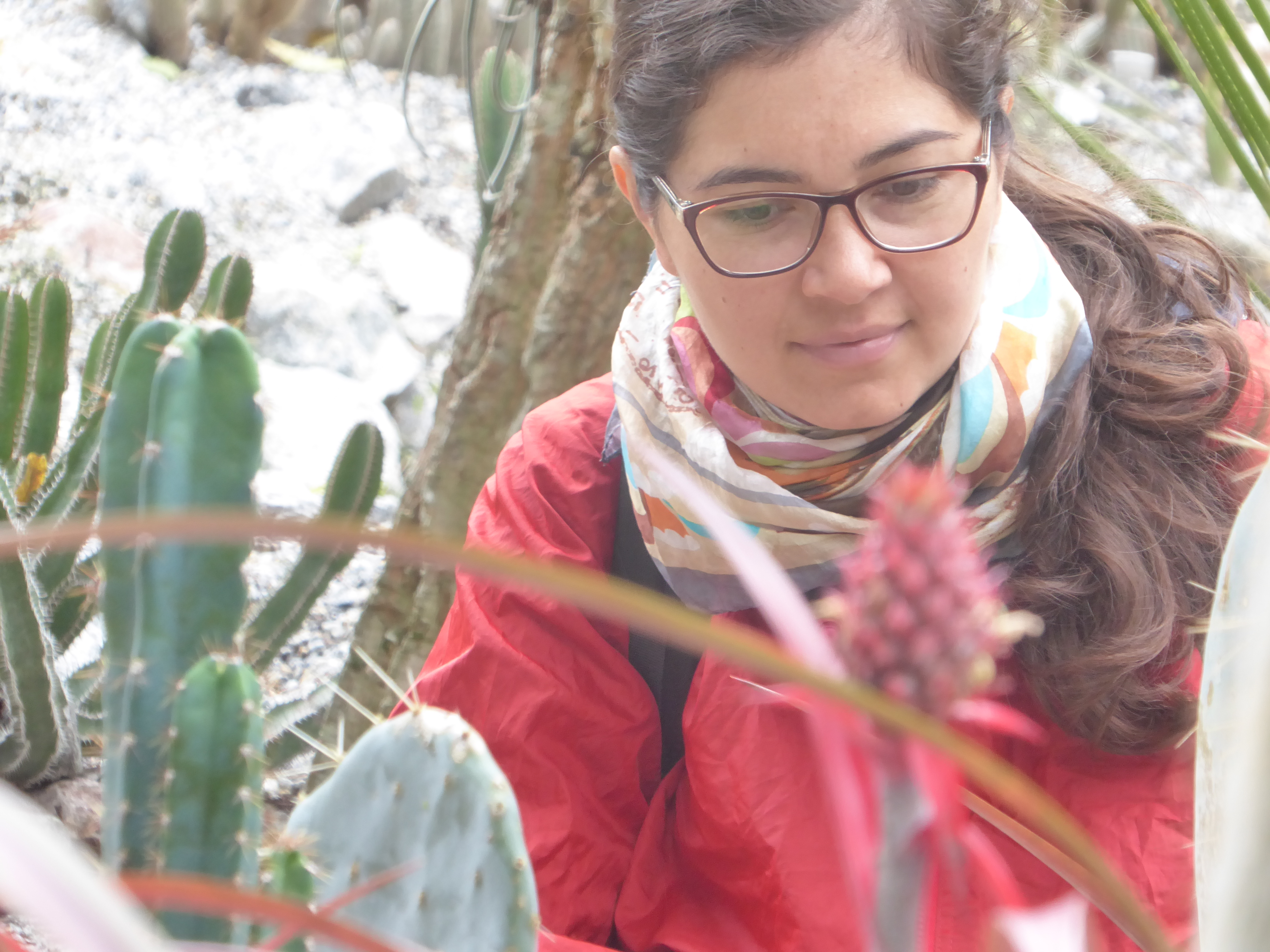 Wolke Tobón Niedfeldt graduated with a master in biology in Mexico, where she has been working since 2010 at the National Commission for Knowledge and Use of Biodiversity, Conabio. Among her responsibilities are the spatial modeling and analyses for conservation and restoration planning of biodiversity in order to contribute to national efforts and international agreements. She is currently focusing on identifying climate corridors between fragments of remnant vegetation, and developing new approaches to support conservation efforts for crop wild relatives. Wolke's talk as a PDF.