Rare books, artwork, and more demonstrate everyone can participate in science.

This permanent exhibition about the history—and the future—of citizen science is housed in the Eleanor and Jerome Navarra Special Collections Gallery, which was opened to the public in summer 2016 after the Museum transformed a space that was once back-of-house into an exhibition space open to all. In late September 2018, new elements were added in order to retire some of the historical books for conversation reasons, ensuring there's something new to see on each visit.

Extraordinary Ideas from Ordinary People: A History of Citizen Science highlights naturalists—both past and present—and the impact their work and observations has had on science as we know it today. Rare books, art, photographs, and historical documents from our Research Library’s 56,000-volume collection are displayed alongside plant and animal specimens and brought to life through touchable objects and multimedia experiences that allow deeper access to the works on display. The overarching theme of Extraordinary Ideas is a simple one: you do not need to be a scientist to participate in science. 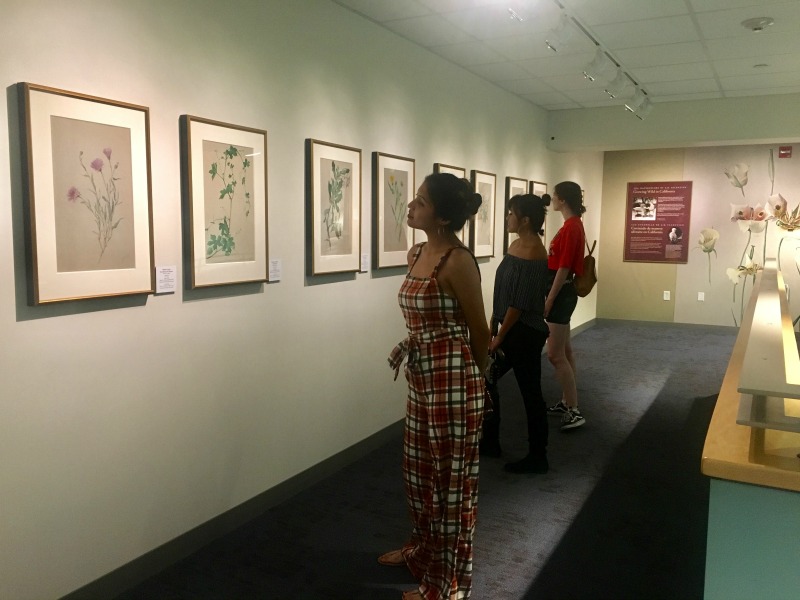 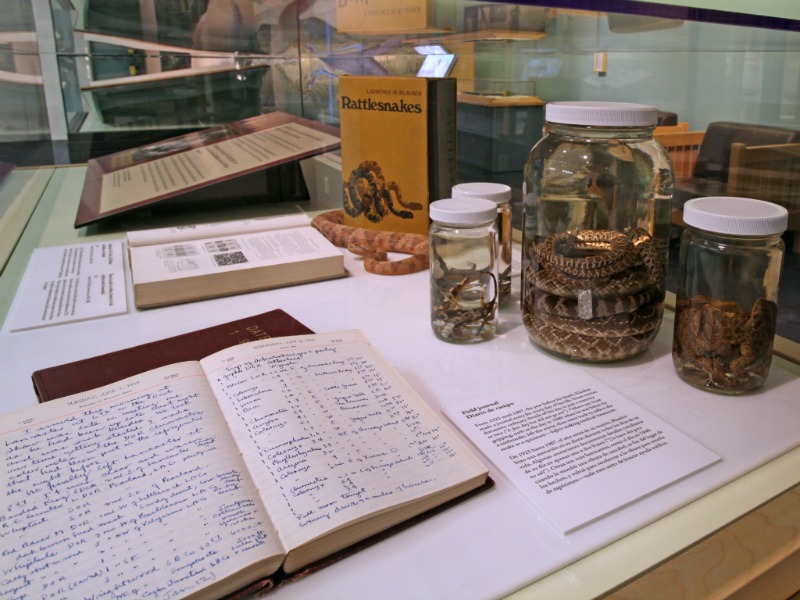 Some of the locally-known citizen scientists featured in the exhibition are Laurence Klauber, Joe Sefton, Charles Orcutt, Laurence Huey, and Ethel Bailey Higgins. They dedicated their life’s work to documenting their observations on an array of species in San Diego County.

The upper mezzanine of the newly renovated space features two smaller galleries, one that showcases original watercolors of California wildflowers by A.R. Valentien and one housing a children’s book nook and comfortable seating. It also features rare books depicting dragons and other mythical creatures, which will be changed to a rotating selection of antique maps from around the world in October 2018. The A.R. Valentien gallery displays approximately 10 paintings at one time from the 1,094 pieces the Museum has in its collection. These paintings had been languishing in storage for many years and were conserved and restored with support from Eleanor and Jerome Navarra. 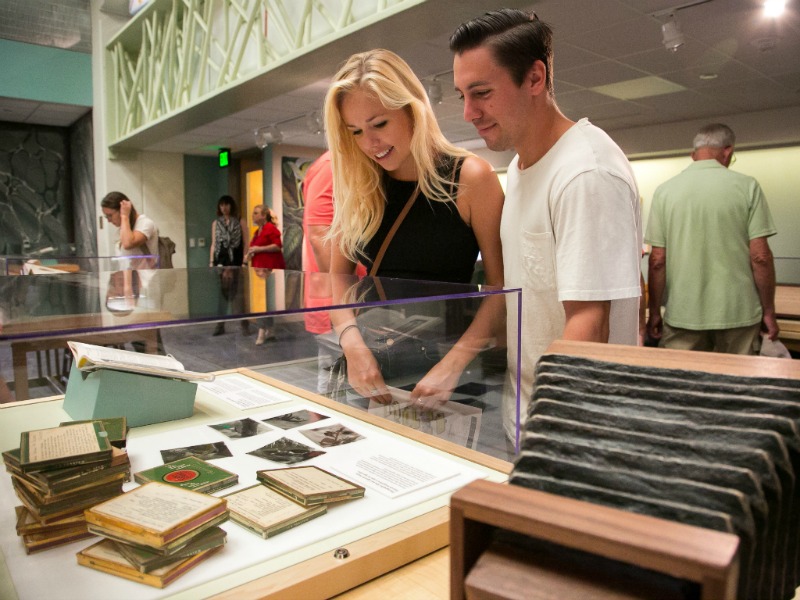 To protect the integrity of the featured objects, each gallery is climate- and light-controlled. Additionally, in an effort to keep the exhibition fresh and preserve the pieces on display, the pages of the rare books are turned and artworks are rotated periodically, making it a new experience each time visitors come to enjoy the space.

Extraordinary Ideas is part of a larger Special Projects Campaign which also includes the January 2015 completion of the permanent exhibition Coast to Cactus in Southern California.

The exhibition is included with general admission and is free for members. Please note, the mezzanine is temporarily closed.

Hear Margaret “Margi” Dykens, curator of Extraordinary Ideas from Ordinary People: A History of Citizen Science and director of the Research Library, talk about her background at the Museum and the significance of the A.R. Valentien art collection. Extraordinary Ideas, opening August 20, will feature a gallery dedicated to these works, which depict native plants of California. The A.R. Valentien gallery will display approximately 10 paintings at one time from the 1,094 pieces the Museum has in its collection. The paintings were commissioned by Ellen Browning Scripps in 1908, painted between 1908 and 1918, and donated to the Museum in 1933. Until about 15 years ago, they had been languishing in improper storage due to a lack of funds. In 1999, local philanthropist Eleanor Navarra first learned of the art collection. Shortly thereafter, she and her husband Jerome “Jerry” Navarra committed to long-term financial support, which allowed the Museum to photograph, conserve, re-house, curate, appraise, and exhibit these works of art.