The Discovery of King Tut 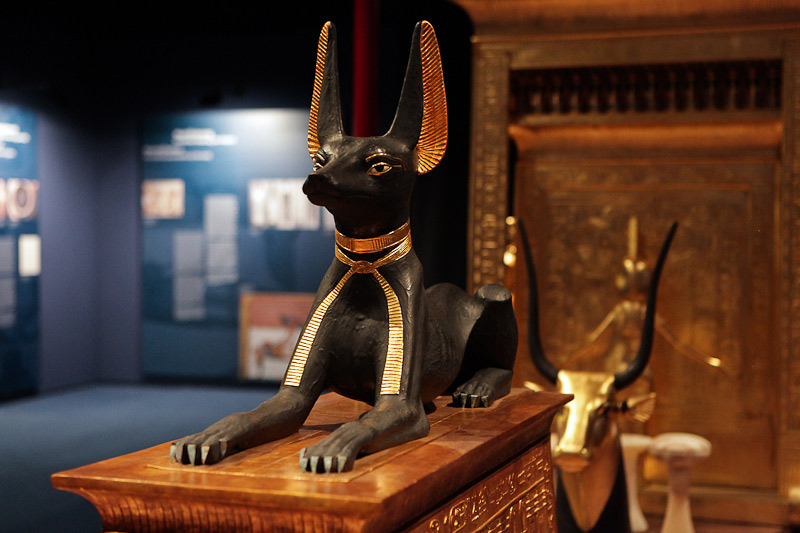 His Tomb. His Treasure. The Breathtaking Recreation.

Journey through time to the mysterious world of ancient Egypt.

In its second stop on a U.S. tour, visitors to the San Diego Natural History Museum will be able to feel a rush of excitement as they step into a moment only witnessed by Howard Carter, Lord Carnarvon, and a handful of others.

The exhibition reproduces, in great detail, burial treasure that was assembled thousands of years ago which, upon discovery in 1922, excavators dismantled into individual parts.

The Discovery of King Tut presents the actual excavation itself, its story, and its invaluable legacy. Using meticulously scientific recreations, the exhibition invites visitors to enjoy the magnificent splendor of these priceless Egyptian treasures without ever harming the fragile, sensitive originals–which can only now be exhibited separately and are no longer permitted to tour outside of Egypt.

The tomb and treasures of King Tutankhamun have been faithfully reproduced to scale, giving visitors a realistic impression of the overwhelming opulence of the offerings meant to serve the king on his magical journey into the Underworld. More than 1,000 replicas of the most important finds have been reproduced by master Egyptian craftsmen using traditional techniques, and can be admired at the exhibition.

The Discovery of King Tut recreates the awe and marvel of the moment of discovery. Enter an overwhelming treasure trove, discover new worlds and new wonders, learn about and study the treasures—it’s an experience for all the senses. Using state-of-the-art technology, the exhibition recreates a piece of the fascinating, bygone exotic empire on the Nile.

Tickets go on sale August 1 to Museum members and the general public.

Group reservations for 10 or more people are now available: