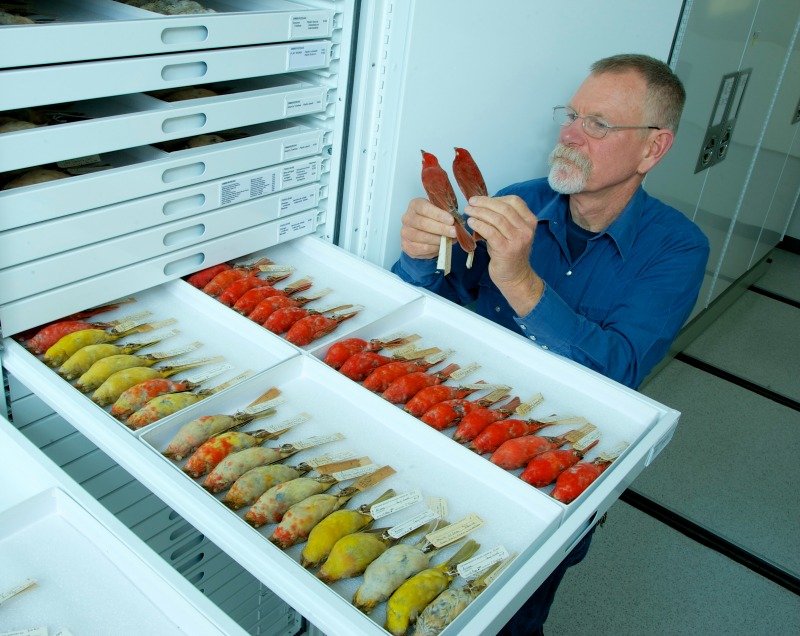 One Curator's Decision to Give

There are as many reasons for someone to name the San Diego Natural History Museum in their estate plan as there are Museum members (approximately 7,000). For some, it’s knowing that this Balboa Park legacy institution has already been in existence for 144 years and is here for the long run. Others say it’s a matter of shared values–a concern for the environment and an appreciation for science education. Some take pride in the Museum being the source for pre-eminent natural science information about for the region, and want to help see that role maintained and expanded. Still others have deeply personal reasons, often drawn from their family experience.

One of these heartwarming stories is from Phil Unitt, the Dennis and Carol Wilson Endowed Curator of Ornithology. He shared a deeply personal story at this summer’s Live Oaks rooftop reception honoring new Live Oaks members. Phil’s brother, followed by his mother, both died in a short time frame—within the past three years—suddenly leaving Phil with a great deal to think over. Having spent his very notable career at the Museum, Phil concluded that leaving his estate to the Museum was an important statement, a way to “give back,” and simply what he wanted to do.

As for many of us, however, the process of finding an attorney, answering questions, and filling out paperwork, had slipped to the “back burner.” Often even close friends and family do not realize what a person’s wishes truly are. Phil knew he didn’t want to leave loose ends and uncertainty behind him so he took steps to find an attorney who worked well with him. Phil’s will and a trust are now complete, and now that his wishes are clearly stated, he can have confidence in his plans and enjoy knowing he will be assisting the Museum far into the future.

Want to learn more about leaving a legacy for the San Diego Natural History Museum? Contact Eowyn Bates at 619.255.0172 or ebates@sdnhm.org.