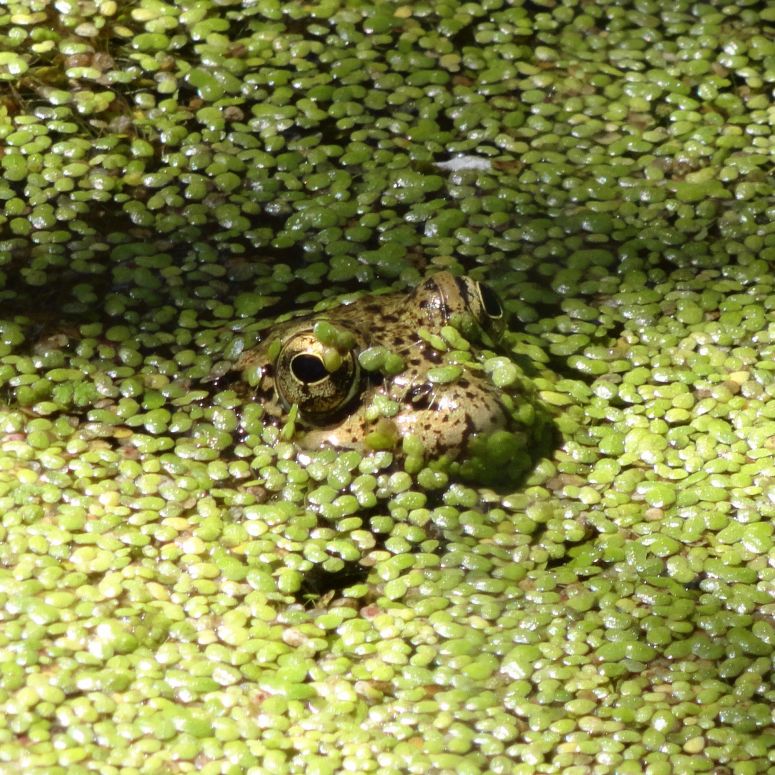 San Diego, Calif—In a historic first, a binational group of scientists from several agencies and organizations from the United States and Mexico recently reintroduced the federally threatened California red-legged frog to two locations within their range in Southern California, where they have been absent for about 20 years.

California red-legged frogs have been in decline statewide since the 1970s and ultimately disappeared from a 250-mile stretch between southern California and northern Baja California largely due to habitat threats, fungal disease, and predation by non-native species.

Egg masses and newly hatched tadpoles from a population in Sierra San Pedro Mártir, a mountain range in the municipality of Ensenada in Baja California, Mexico, were transported successfully to the United States to two release locations, one each in Riverside and San Diego counties. The masses, which represent the only genetically related population suitable for re-establishing the species in southern California, were placed into protective cages for 1-2 months, to allow them to begin the process of metamorphosing.

Each egg mass has approximately 500 eggs, which gives the release locations enough individuals to establish a foothold.

Agencies and organizations involved in the project include: Conservación de Fauna del Noroeste (Fauno), a non-government conservation group in Mexico; the San Diego Natural History Museum, a science institution focused on the binational region of southern California and the Baja California Peninsula; The Nature Conservancy; U.S. Fish and Wildlife Service; and, the U.S. Geological Survey.

“This is an important step in the species recovery, and an example of how binational collaboration plays a key role in species conservation on both sides of the border,” said Dr. Anny Peralta-García, co-founder of Fauno, and a National Geographic explorer. “All parties play their part to make it happen, it’s such a pleasure to work with this amazing team.”

“Our long relationship with Mexico was a key component to securing the survival of this threatened frog species here in the United States,” said Dr. Bradford Hollingsworth, curator of herpetology at the San Diego Natural History Museum. “Without the passionate work from the Mexican conservation biologists at Fauno, the idea of recovering the species in southern California wouldn’t be possible.”

“The international collaboration to reintroduce red-legged frog in southern California is the culmination of decades of scientific research, land protection, and habitat restoration,” said Susan North, project manager of Southern California Stewardship at The Nature Conservancy. “This reintroduction effort also offers a model for recovery of other threatened species, an important consideration for biodiversity in the face of climate change.

Fauno and the San Diego Natural History Museum led the effort in Mexico by leading recovery of breeding sites for the only surviving individuals of the southern metapopulation and conducting field surveys to determine when and where frog eggs were most likely to be deposited in the water. The two organizations also led the field teams which harvested and transported the egg masses that were reintroduced into the United States. In addition, the San Diego Natural History Museum provided financial support to the reintroduction effort, while Fauno secured the Mexican permits necessary to export frog eggs to the United States.

The Nature Conservancy (TNC) has ensured permanent protection of the two reintroduction sites and is involved with management at each. Since 1984, TNC has assembled an extensive network of protected lands at the Santa Rosa Plateau, where it eradicated the primary threat to red-legged frogs (bullfrogs). TNC also worked with a conservation-minded ranching family in San Diego County to develop a conservation easement that would protect the land, support ongoing ranching, and use the property for recovery of declining species such as red-legged frogs.

The U.S. Fish and Wildlife Service provided biological and financial support for this reintroduction effort, and the U.S. Geological Survey (USGS) provided expertise in preparing the receiver sites, including removing non-native invasive species. USGS also investigated and resolved questions related to genetic variation for this species to ensure the team could pinpoint the most close genetic match to the frogs that historically occurred in southern California. The USGS will continue to monitor the eggs and tadpoles in the receiver cages at both sites as they mature and identify any issues that could develop over time. Additional support for the reintroduction came from Yeti, which provided coolers that USGS specially adapted to keep the egg masses healthy during transport; and the California Department of Fish and Wildlife which issued permits necessary for the reintroduction.

California red-legged frogs historically ranged coastally from the vicinity of Point Reyes National Seashore, Marin County, and inland from the vicinity of Redding, Shasta County, southward to northwestern Baja California, Mexico. They were the inspiration for writer Mark Twain’s short story, "The Celebrated Jumping Frog of Calaveras County." The species was listed under the Endangered Species Act in 1996.

Many threats contributed to the decline of California red-legged frogs including habitat loss, water diversions, disease, drought and predation by nonnative species (e.g. bullfrogs and crayfish). The primary threats at each reintroduction site were eliminated in advance of the reintroductions. In addition, the reintroduction sites are regularly monitored by biologists to provide early detection and removal of any returning invasive species.

For additional information or to schedule an interview, please contact Rebecca Handelsman, 619.255.0262, rhandelsman@sdnhm.org.