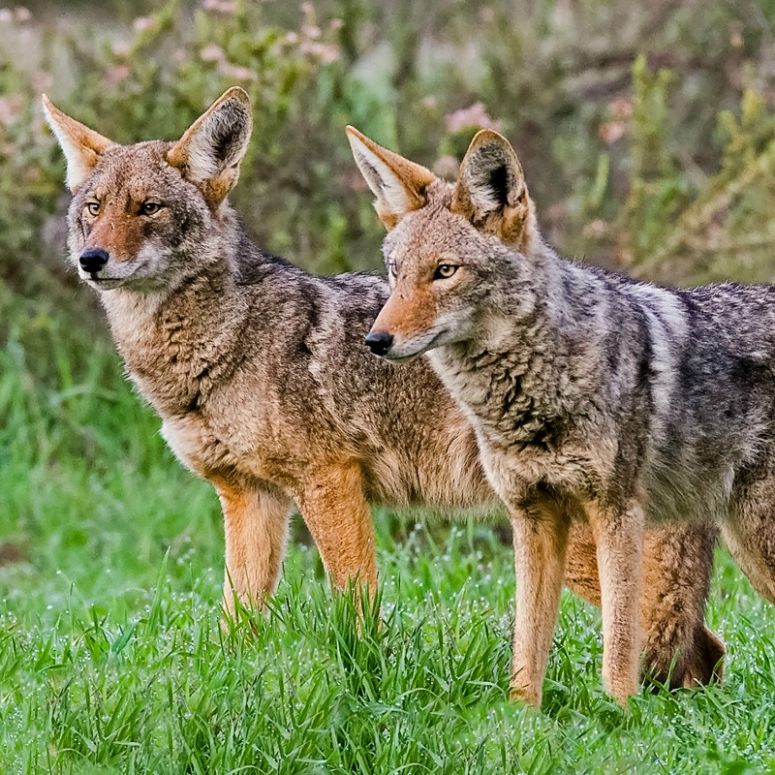 Mammal Atlas makes San Diego one of the best documented counties in the United States; book launch and Nat Talk to take place on December 19

SAN DIEGO—The diversity of mammals in San Diego County is greater than any other county in the United States, yet there has been no synthesis of their identification, distribution, natural history, or the conservation challenges they face—until now.

The new San Diego County Mammal Atlas, which hits shelves later this month, will serve as the definitive guide to the mammals of San Diego County. More than a decade in the making, the 432-page, full-color book covers the biology of all 91 terrestrial species and 31 inshore marine visitors known to have occurred here during recorded history (since 1769). Species covered in the book range from the desert bighorn sheep to the abundant California ground squirrel seen in neighborhoods across the county to the immense blue whale found along our shorelines.

The Museum will host a Nat Talk and book signing on Tuesday, December 19 at 7 PM, which serves as the official release date of the San Diego County Mammal Atlas. The book will be available for $49.95 at the Museum store and online, and proceeds will support the Museum’s Department of Birds and Mammals.

More than 40 biologists have contributed to this book, making it a work of the entire mammalogical community. Bringing it together as editors and authors are Scott Tremor, Drew Stokes, Howard Thomas, and Philip Unitt of the San Diego Natural History Museum, Susan Chivers of the National Marine Fisheries Service, Wayne Spencer of the Conservation Biology Institute, and Jay Diffendorfer of the U.S. Geological Survey. Other major partners include the San Diego Zoo and the U.S. Forest Service.

Although the book is focused geographically on San Diego County, it will be of interest to scientists, conservationists, and educators throughout the United States and Mexico. Readers will likely include students (high school and university), land managers, working biologists, amateur naturalists, and anyone with an interest in San Diego’s wildlife.

“San Diego County is a hotspot of biological diversity, species endangerment, and conservation planning,” said Scott Tremor, mammalogist at the San Diego Natural History Museum and lead author and organizer of the book. “But mammals have been somewhat underrepresented in San Diego’s innovative conservation plans, partly because of spotty information on the distribution, ecology, and conservation status of our local mammal species. The San Diego County Mammal Atlas is a highly collaborative effort to help fill these data gaps.”

Accounts of each species include identification, distribution, habitats, and aspects of natural history such as diet, reproduction, space use, activity patterns, predators, and behavior. They address the conservation issues each species faces in the county, including urbanization, habitat fragmentation, and the increased prevalence of wildfire. Techniques for detecting or surveying the species in the field are discussed, and key topics for future research are highlighted. A list of fossil mammals from San Diego County helps put the current mammal fauna in its evolutionary context.

Detailed skull drawings and photographs of most species help readers with identification. Maps depict localities of Museum specimens and the observations of biologists. Gaps in current knowledge are presented as challenges to inspire students and researchers to pursue in future studies.

About the San Diego Natural History Museum (The Nat)
The San Diego Natural History Museum (The Nat) is the second oldest scientific institution in California and the third oldest west of the Mississippi. Founded in 1874 by a small group of citizen scientists, the Museum’s mission is to interpret the natural world through research, education, and exhibits; to promote understanding of the evolution and diversity of Southern California and the peninsula of Baja California, Mexico; and to inspire in all a respect for nature and the environment. The Museum is located at 1788 El Prado, San Diego, CA 92101 in Balboa Park and is open daily from 10 AM to 5 PM. For more information, call 877.946.7797 or visit sdnat.org. To stay up to date on Museum news, follow The Nat on Instagram and Twitter and join the discussion on Facebook.