Curator of Insects, W. S. Wright, was first hired by the Museum with a salary of $100 a month. He spent half time as County Supervisor for Nature Study.

Early on Comstock was interested in design and illustration. He did furniture design, bookbinding and illustrations, metal work, and jewelry design at the Roycroft Shop in New York.
He then moved to Santa Rosa, CA in 1906, attending medical school in LA, and later worked at the LA County General Hospital. He became assistant director of the Southwest Museum in 1919, was president of the Southern California Academy of Sciences in 1927, and in 1928 he was appointed Director of the LA County Museum, where he worked until 1948, when he retired to Del Mar. Along with Guy Fleming, he worked to preserve the Torrey Pines habitat. He was a member of the Board of Directors of the San Diego Society of Natural History from 1957 to 1970.

Comstock traveled to make entomological collections in Guatemala, Mexico, and Samoa, and produced over 230 scientific papers, many of which contained his own illustrations. He also designed our own Research Museum library bookplate. 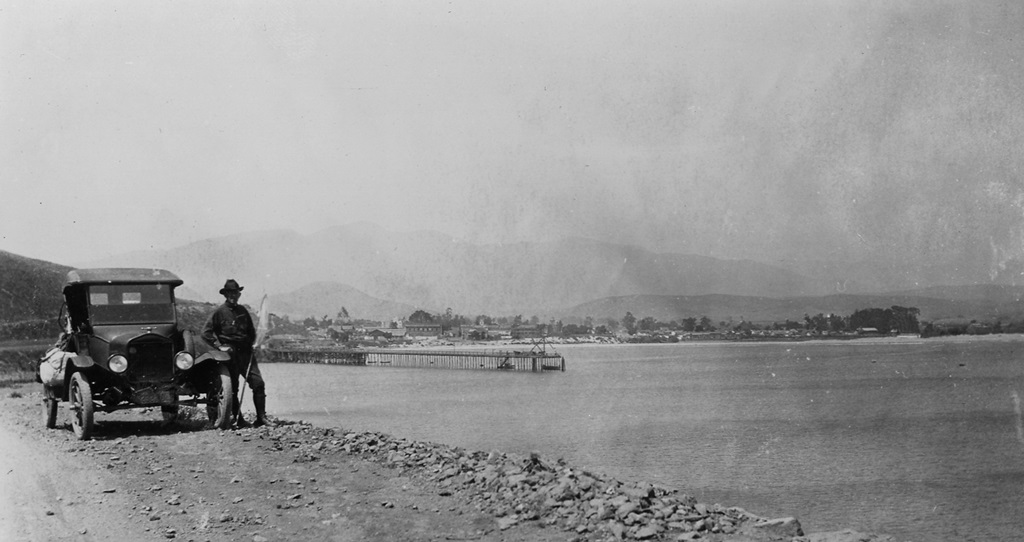 William S. Wright on an expidition

Many entomological field trips were taken to Baja California and in San Diego County. Donations to the department made by Kate Stephens and G. H. Fields.