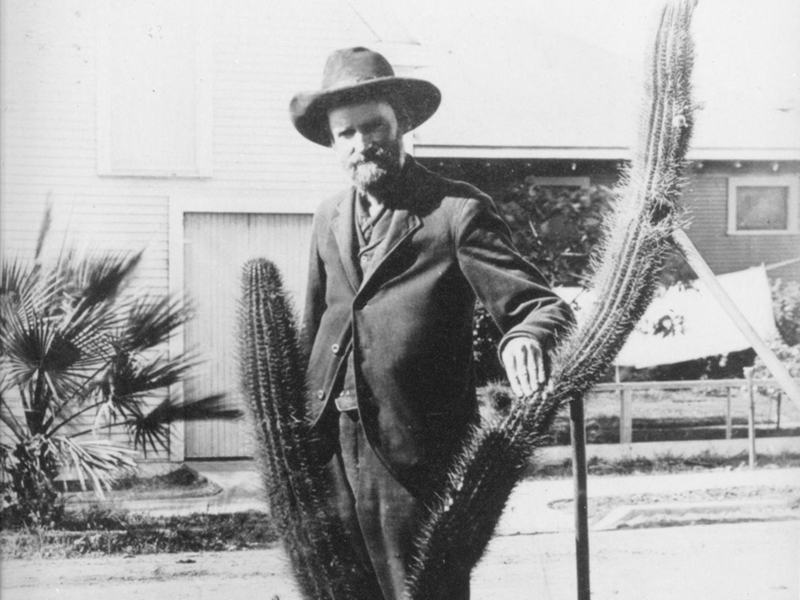 Charles Russell Orcutt always considered himself first and foremost a collector. It was largely through his writings and extensive collections that a foundation was provided for what is now known as the San Diego Natural History Museum.

Born on April 27, 1864 in Hartland, Vermont, he was the first of five children of Herman Chandler Orcutt and Eliza Eastin Gray Orcutt. In 1879, the Orcutt family left Vermont and relocated to San Diego. Herman Orcutt was considered a pioneer in the field of horticulture and had opened a nursery near the ruins of the San Diego Mission de Alcalá.

Charles Russell Orcutt was a self-educated man, who had a strong interest in the field of science. He accompanied his father on many expeditions throughout the San Diego region. In 1882, Orcutt accompanied his father and scientist Charles Parry to Ensenada. Even though Orcutt was brought along merely as a driver, he was curious about the discoveries being made. On this journey, he learned from his father and Parry how to collect and preserve specimens. Later when he talked of this trip, Orcutt stated that he "owed whatever skill he has as a botanical collector" to this expedition.

As his interest in horticulture grew, Orcutt began to explore the San Diego region alone.   He was constantly searching for new discoveries, something that would make him a standout in the scientific world. His desire for new fields to explore would take him to Southern California, Baja California, the mainland of Mexico, Central America and eventually to the Caribbean. On many of these expeditions, Orcutt found new species of cacti and was thus given the name "The Cactus Man."

This combination of interests in natural history and collecting led him to an organization known as the San Diego Society of Natural History. He attended all the society meetings regularly, participated in the discussions and donated new specimens to the organization. Orcutt was considered one of the more colorful members of the society during the time. He was known as an eccentric individual who was always very boastful of his accomplishments. Orcutt was elected a life member of the San Diego Society of Natural History on June 5, 1885. He also served on the Board of Directors in 1893, 1902, and 1903. Orcutt left the San Diego region to live in Jamaica and Haiti in the late 1920s. On August 24, 1929 at the age of 65, Charles Orcutt died in Haiti. He was buried there as well, according to his wishes. 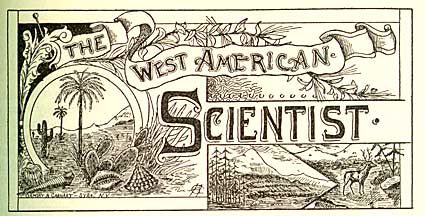 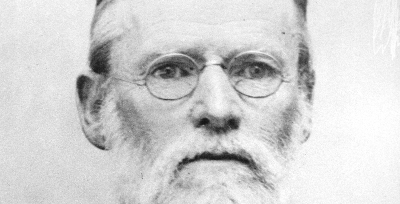 Creation of a Museum

The birth of an idea of a Natural History Museum in San Diego began in two ways: in the pages of the West American Scientist and at the meetings of the San Diego Society of Natural History.

In April 1888, Orcutt published in theWest American Scientist a prospectus for an institute he called the West American Museum. The article contained a description of his ideas, ranging from what was to be collected to how it was to be organized. He envisioned an institute that would display specimens not only from the San Diego region but the entire west coast of the North American continent, representing nature, history and science. The plan was for an institute to be run by many individuals, or as Orcutt called it 'the work of many hands', who would take pride and care in the collections, making sure each specimen would be preserved correctly. He wanted this to be the grandest museum in the United States, even more so than the United States National Museum of the time.

Orcutt proposed to raise funding for the museum by asking individuals to join a museum organization. Membership fees ranged from $1.00 to $100 or prospective members could donate materials or services. This Museum Association was also to secure the land and all materials used for the proposed institution. Members of the San Diego Society of Natural History were beginning to question Orcutt's unrealistic approaches to raising money for such a grand institution. Charles Orcutt's desire to control the organization of the museum was greeted with silence by members of the SDSNH. In 1887, when Ephraim Moses donated a bush-covered lot on 6th Avenue, Orcutt saw this as an early sign that his project was going to be successful. However to Orcutt's dismay the land donated was not used for his museum at all.

He decided that the next best thing to do would be to donate the entirety of his collection to the San Diego Society of Natural History, hoping that eventually a museum could be built to house it. During this time Orcutt was the curator and librarian of his collection, which was stored at his residence. He also became very protective of the collection and wanted complete and total control over it. In a letter written to the Directors of the San Diego Society of Natural History in 1888, Orcutt stated that he was the only one who could "overhaul, label and catalogue" the items in his collection until a more suitable, permanent location was established. It did not help matters much that he was still contributing to the ever-growing collection and wanted unlimited access to any items he needed for personal use and study. Orcutt agreed to the donation of his collection under the terms of the Orcutt Deed and Trust. The debate as to how the deed was to be finalized was discussed via correspondence from 1920-1922. The Orcutt Deed and Trust was not formalized until 1928.

According to the correspondence found in the archives of the San Diego Natural History Museum Library, there was much disagreement between Orcutt and the other members of the society. Orcutt seemed unable to distinguish between his own collections and those that belonged to the society. This was due to Orcutt's idea that he could still sell the items he donated from his collection to interested buyers. Since he was selling items from his own collection, many members felt that the value of his collection was rapidly decreasing.

On December 18, 1920, the idea of a natural history museum in San Diego became a reality. This was due in part to a generous donation by Ellen Browning Scripps that allowed the society to move their collections to the Foreign Arts Building in Balboa Park. Orcutt, who had first proposed a museum in 1888, had no involvement in the matter. After Orcutt's death, members of the society decided to relocate what had been donated to the museum. It was noted in the June issue ofDesert Magazine in 1930, that the museum had acquired the entire Orcutt library. "This collection of books, pamphlets, catalogs, photographs and magazines, comprises more than five tons of material." Once the inventory and cataloging was complete, Mr. Clinton Abbott, the Director of the Museum at the time, kept the publications he felt would be most useful to the Natural History Museum. The Orcutt library covered the fields of entomology, botany, herpetology, mineralogy, and similar sciences and is considered a very valuable collection.  Bullard, Anne D. "Charles Russell Orcutt: Pioneer Naturalist." Journal of San Diego History. Volume 40: San Diego Historical Society: San Diego: 1994. pg.41.

Dice, James. Some Notes on the Botanical and Horticultural Contributions of Charles Russell Orcutt. (Typescript for class assignment, SDSU). 27 November 1978.

Orcutt, Charles Russell. "By Wagon to Baja."(Typescript from SDNHM archives). 1886.