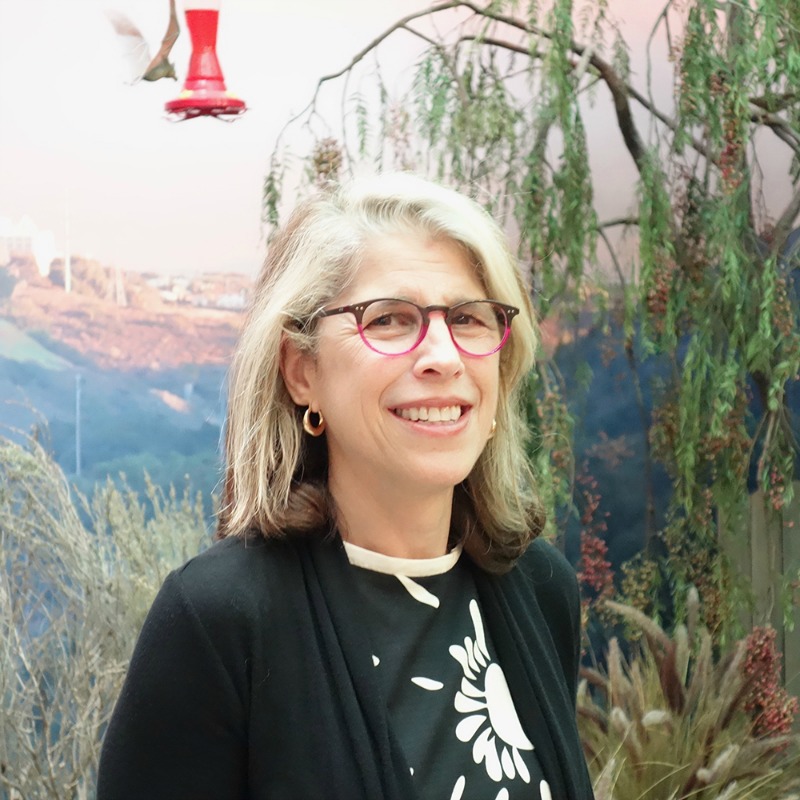 Judy Gradwohl assumed the role of president and CEO on July 1, 2016.

Judy comes to the Museum with 30 years of experience with the Smithsonian Institution, where she held various leadership positions. In 1985, she started at the National Zoo focusing on animal behavioral research, education, and exhibits, and then went on to establish the Smithsonian’s Office of Environmental Awareness where she curated large traveling exhibitions and raised major funding toward operations and projects. Judy developed the Smithsonian’s first exhibition website, after which she joined the National Museum of American History, the Smithsonian’s third largest museum. There, she supervised the development of the museum’s web presence and, in 2004, became part of the senior leadership team, assuming her most recent role as MacMillan Associate Director for Education and Public Engagement.

A native Californian, Judy spent much of her youth connecting with the natural world by hiking and camping throughout the state. It sparked a passion for the environment and prompted her to pursue a Zoology degree at UC Berkeley. During her undergraduate studies she was awarded a fellowship to conduct research on tropical forest birds at the Smithsonian’s Tropical Research Institute in Panama, which solidified her interest in ornithology, and formed the basis of her Bachelor’s and Master’s degrees.

In addition to having developed innovative programming at several museums within the Smithsonian Institution, Judy has served as a participant in the Getty Leadership Program and the Noyce Leadership Institute and received many awards and recognition for her work. Judy has published several books and many articles on scientific and environmental topics. She is delighted to return to California and join the staff at theNAT.