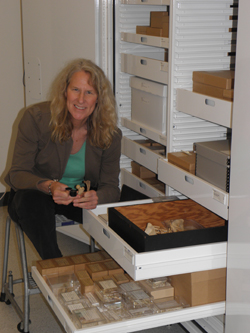 Susan holds anthropology degrees from San Diego State University (B.A.), and The George Washington University (M.A.). She has over 33 years of zooarchaeological experience including 11 years of zooarchaeological training and zooarchaeological research experience at The National Museum of Natural History’s Center for Archaeobiological Research with Dr. Melinda Zeder. During this time Susan spent many years supervising students in zooarchaeological identification and analysis. Susan's Near Eastern experience includes over 15 combined field seasons at Tell Halif (Israel), Gordion (Turkey), and Tell Qarqur (Syria). She has worked on historic and prehistoric assemblages from southern California for over 29 years, including a numerous of sites within San Diego and Ventura Counties. Susan has maintained research affiliation with the San Diego Natural History Museum's Bird and Mammal Department since 1997. 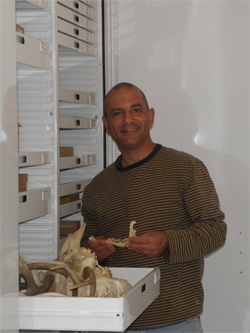 Aharon received his B.A. in Material Culture, M.A. in Archaeology (on pastoralists’ diet) and a Ph.D. in Zooarchaeology from Tel Aviv University. He was a visiting scholar at UCSD and has been teaching Zooarchaeology at UCSD, SDSU, USD, and Mesa Community College. Aharon has studied faunal assemblages from the ancient Near East as well as from numerous prehistoric and historic sites from California. Aharon’s experience in the Near East includes the analysis of faunal remains from a 6th century Byzantine monastery and 10th century BCE Tel Megiddo (Biblical Armageddon). In California, he studied faunal remains from Ystagua, Spindrift, and Chancellor’s House (UCSD), and from Warner’s Ranch, San Diego Presidio, and Mission. Aharon served as the president of San Diego County Archaeological Society. Aharon is the author of Animal Husbandry in Ancient Israel, A Zooarchaeological Perspective on Livestock Exploitation, Herd Management, and Economic Strategies. The book interweaves zooarchaeological, ethnographic, taphonomic, and GIS spatial analysis in the interpretation of faunal remains. 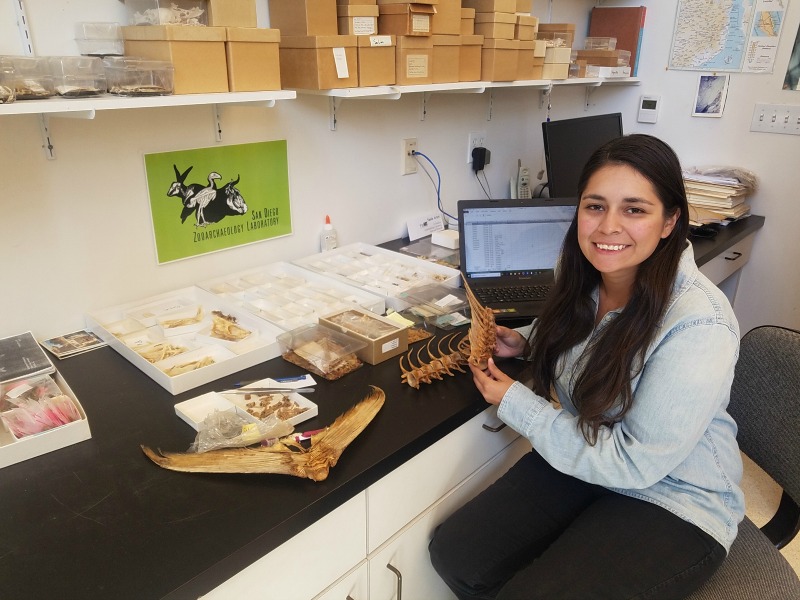 Zaira received an A.A. degree in Archaeology from Palomar College, a B.A. in Anthropology from San Diego State University, and an MSc in Environmental Archaeology and Paleoeconomy from The University of Sheffield, U.K. She has volunteered at various scientific and educational institutions, including the S.D. Archaeological Center, S.D, Museum of Man, S.D. Natural History Museum, SDSU, and has served as board member for the San Diego County Archaeological Society. Her experience analyzing faunal assemblages ranges from prehistoric to contemporary sites from the U.S., Mexico and the U.K. Zaira has also worked as a laboratory assistant for Palomar College and The University of Sheffield, and is currently involved in cultural resource management.

Mark Roeder received a B.A. in anthropology from San Diego State University. Since 1975, Mr. Roeder has been analyzing fish remains from a number of prehistoric and historic archaeological sites in central and southern California including presidio, mission, adobe, Chinatown deposits, and other historic sites. Currently in the San Diego area, Mr. Roeder is working on fish remains from the San Diego Presidio Gateway project (1790’s) and the Spindrift village site (SDi-39) in La Jolla, California (from approximately 8,900 years B.P. to contact). He is a field associate with the Vertebrate Paleontology Department of the Natural History Museum of Los Angeles County, and the Department of Paleontology, San Diego Natural History Museum.