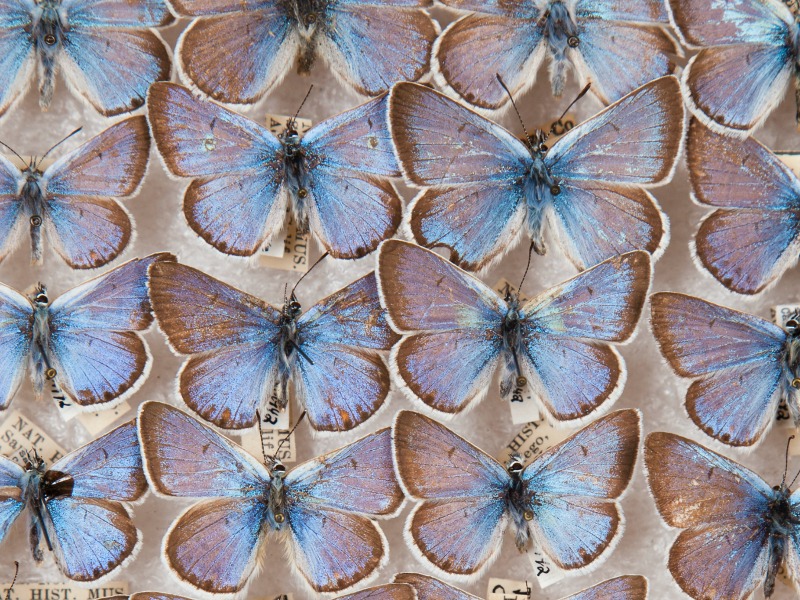 The San Diego Natural History Museum is partnering with the Lepidoptera of North America Network (LepNet), a collaboration of 27 collections across the United States. LepNet aims to digitize 1.7 million Lepidoptera (butterflies and moths) occurrence records and integrate them with the 1 million already-existing North American records. This dataset will enhance the understanding of plant-herbivore interactions as well as allow for increased predictive power in studies of habitat use, global change impacts, and other spatial/temporal interactions involving butterflies and moths.

Funded by the National Science Foundation, the main goal of the Museum’s LepNet project is to integrate data from The Nat’s extensive Lepidoptera collection into the LepNet data portal, with the help of student interns and volunteers, thus increasing both the taxonomic and geographic coverage of the LepNet dataset and creating a more robust tool for future studies.

The Nat’s data contributions will add more than 150,000 specimen records from southern California and the Baja California Peninsula, a known biodiversity hotspot. Not only will this contribution benefit the dataset geographically, but temporally as well. Nearly a quarter of the Museum’s entomology collection is from the 1920s, while only 2% of LepNet’s records account for the same time period in this region. This creates a stronger resource for studying change over time.