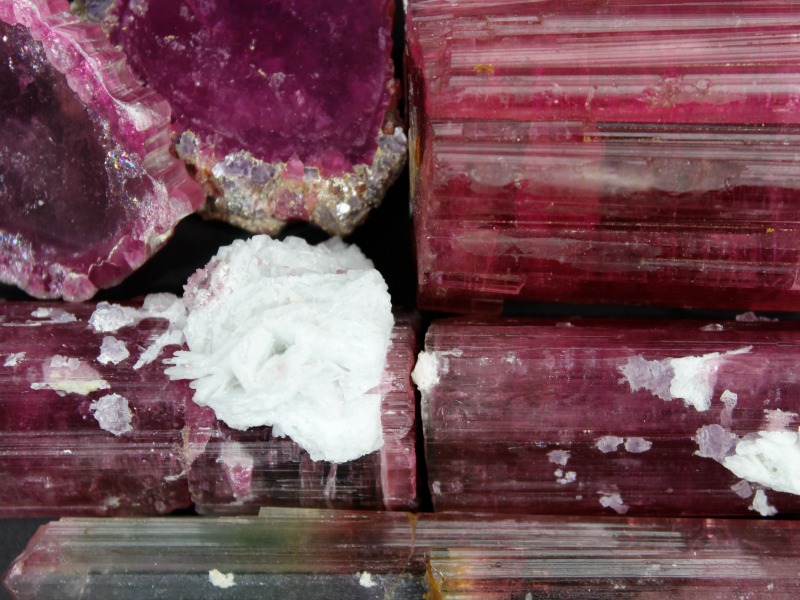 The word mineral means different things to different people. To a nutritionist, minerals are things to be eaten, along with protein, carbohydrates, and vitamins. To a jeweler, a mineral yields a stone to be cut and polished. To a geologist, a mineral is a naturally occurring, inorganic compound with a fixed chemical composition and an orderly internal arrangement of atoms.

There are lots of different minerals, but they all share certain characteristics:

Minerals are natural. Minerals form as a result of natural processes in or on Earth. They are not manufactured in a factory or synthesized in a laboratory. For example, real diamonds are formed naturally in the Earth. Synthetic diamonds made in a laboratory are not minerals (although they may be considered gems).

Minerals are inorganic matter. Inorganic substances are not alive, never were alive, and do not come from living things. For example, amber and coal are often referred to as minerals, but they both came from animal or vegetable material that once lived on Earth. Minerals never lived.

Minerals can be described scientifically by a chemical symbol or formula. Minerals are either elements or compounds. Both elements and compounds have definite chemical and physical properties. 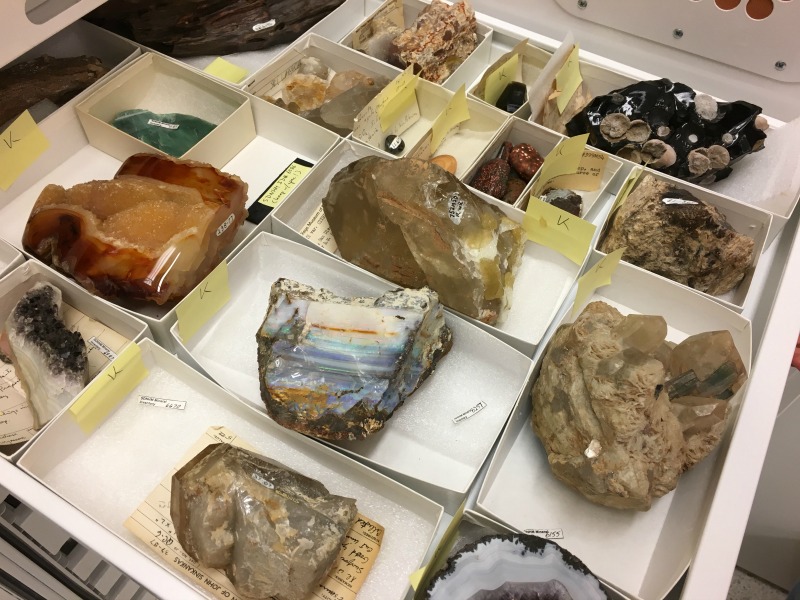 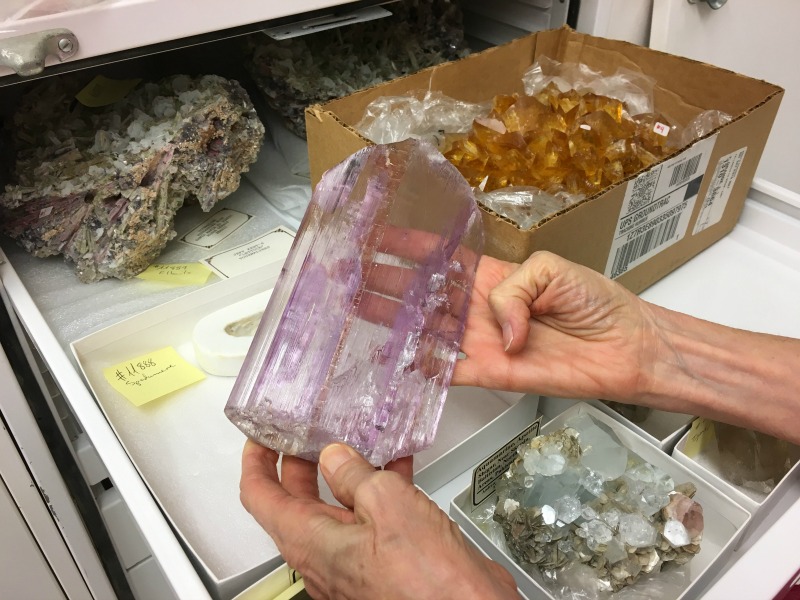 What kind of minerals occur in the San Diego region?

The list is long, but the most well-known are: beryl, calcite, garnet, gypsum, kunzite, malachite, pyrite, quartz, spodumene, topaz, and tourmaline. In San Diego, spectacular gemstone crystals including many varieties of tourmaline, beryl, topaz, kunzite, and spodumene are found in pegmatite deposits.

Pegmatites are rocks composed of quartz, feldspar, and mica crystals. In San Diego County, pegmatites are found near granite and are very common. More about Rocks.